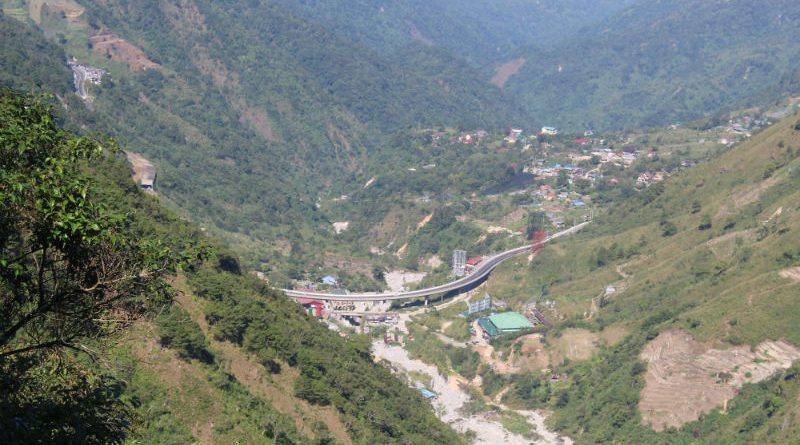 City officials reiterated to the Department of Public works and Highways (DPWH), through its regional offices in the Cordillera Administrative Region and Region I, to look into the installation of a truck weigh station along a strategic portion of the Palispis-Aspiras Highway, popularly known as Marcos highway, for road structural, vehicular and road users’ safety purposes.

Under Resolution No. 211, series of 2021, signed by Mayor Benjamin B. Magalong, it reiterated Resolution No. 415, series of 2020, that earlier requested the DPWH, through its Cordillera and Region I offices, to look into the installation of a truck weigh station or weigh bridge along the Palispis-Aspiras Highway for the overall safety of the motoring public regularly traversing the aforesaid roadline.

Appearing before the recent regular session of the council virtually, Engr. Nelia Antonio, chief of the DPWH maintenance division in the Cordillera Administrative Region, informed local legislators that there is already a plan to put up the required weigh bridge in a strategic portion of the roadline, particularly along Taloy Sur and Palina since last year, but the regional office is still awaiting the funds to push through with the said project.

Further, local legislators also requested the agency to consider the installation of the truck weigh stations in other roads leading to the city for the protection of city roads from rapid deterioration and safety of road users.

Under the earlier resolution, the council pointed out that for the strict implementation of the pertinent provisions of Republic Act (RA) 8794, popularly known as the Motor Vehicle users Charge Act, it is necessary to determine load capacity of a cargo truck plying the Palispis-Aspiras Highway to minimize road accidents due to alleged overloading.

The Palispis-Aspiras Highway is one of the major roads and the most used road for the transport of goods to the city and the rest of the Cordillera provinces.

The body pointed out that the load capacity of cargo trucks traversing the said highway must be checked and monitored at all times, particularly the road stretch from Pugo, La Union to Baguio City, for the safe travel of motorists and to preserve the structural integrity and road pavements and facilities.

According to the aforesaid resolution, overloaded cargo trucks do not only imperil road and vehicular safety, as the same is one of the causes of road accidents resulting to unnecessary destruction of properties and loss of lives, but makes it prone to the occurrence of accidents and other road-related disasters that pose a serious threat to life and limb.

Currently, the DPWH-CAR administers and overseas the operation of a weigh bridge along Naguilian Road, particularly at Yagyagan, Tuba, Benguet to ensure that cargo trucks traversing the roadline will not be overloaded to ensure that the road will achieve its prescribed economic life.

Antonio stipulated that overloaded cargo trucks are not allowed to pass through the weigh bridge as they are turned back to their points of origin or opt to unload a portion of their cargo to ensure that their vehicles will not exceed the 13.5 tons axial load required for trucks. By Dexter A. See