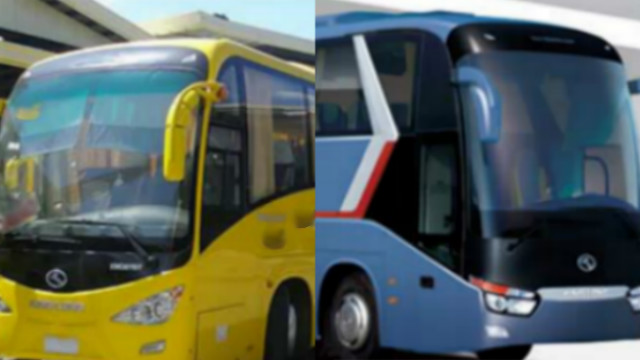 Passengers relying on the operation of provincial buses in moving in and out of the city can avail of the inter-regional transport soon once the Land Transportation Franchising Regulatory Board (LTFRB) shall have given the go-signal for the resumption of their operations.

Mayor Benjamin B. Magalong said that for the initial operation of inter-regional buses, only 4 buses from the approved routes will be allowed to enter the city as part of the efforts to gradually allow the operation of provincial buses.

He said he will be sending a formal letter to the LTFRB central office seeking the regulatory body’s approval for the operation of provincial buses in five destinations that have the concurrence of the receiving local governments, particularly the National Capital Region (NCR), Bataan, San Fernando City, Pampanga, Clark and Bontoc, Mountain Province.

The discussion on the possible resumption of inter-regional bus operations started because of the huge demand for mass public transportation coupled with the need to encourage the movement of people as part of the efforts of the government to gradually revive the economy to generate added jobs and spur economic activities.

LTFRB-CAR regional director Engr. Lalaine Sobrimonte pointed out that the agreed provincial bus operations will be on a point-to-point basis following strict health and safety protocols, such as the wearing of face masks and face shields, observance of physical distancing and the regular disinfection of the motor vehicles.

However, she emphasized there will be no increase in the fares of the provincial routes that will be opened even if the capacity of the buses will be limited pursuant to the guidelines handed down under the LTFRB Memorandum Circular 2020-51.

According to her, it was emphasized during their previous meetings with provincial bus operators that despite being a losing venture, bus operators should be committed to provide the needed units for the routes that will be opened.

The LTFRB-CAR official claimed there will also be triaging of the passengers in the point of origin and the point of destinations of the provincial buses to ensure their adherence to the prescribed health and safety protocols not only of the inter-agency task force for the management of emerging and re-emerging infectious diseases but also of the concerned local governments to prevent transmission of the virus.

Magalong stipulated that the initial operation of provincial buses can be a basis to evaluate and assess the effectivity of the prescribed protocols so that appropriate adjustments could be done to prevent the possible spread of the Coronavirus Disease 2019 (COVID-19) in the city once it will ease up on the inter-regional bus operations in the future.

He urged the LTFRB and the Baguio City Traffic and Transportation Technical Working Group to iron out the issues that must be addressed prior to the resumption of the operation of provincial buses to prevent confusion among the concerned stakeholders once buses will start moving in and out of the city when given the go-signal by the LTFRB central office. By DEXTER A. SEE

12       12SharesThis post has already been read 399 times!The ongoing negotiations between the members of the city’s Public Private Partnership for