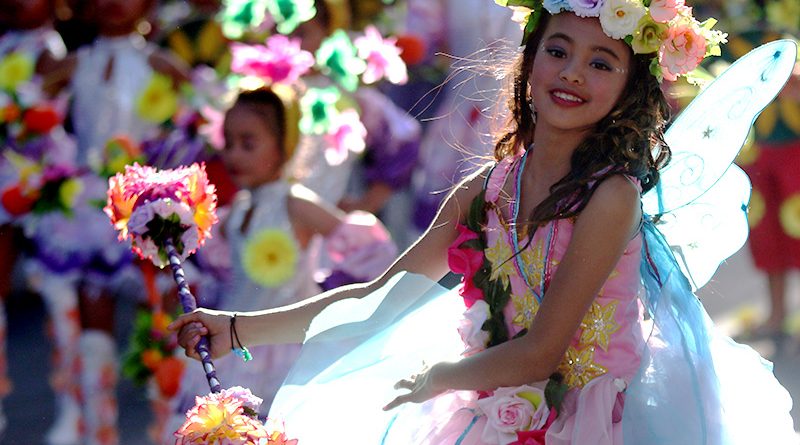 The Summer Capital is ready to welcome the influx of some two mission foreign and domestic visitors to witness the twin highlights of the 21st edition of the Panagbenga, the grand street dancing parade and the grand float parade, which will be held on February 27 and 28, respectively right at the heart of the city.

Visitors started to flock to the city since Wednesday making the 200-member Hotel and Restaurant Association of Baguio and the more than 700 transient residences fully booked during the weekend which has significantly contributed in the robust growth of the local tourism industry and the promotion of the festival as one of the premier festivals in the country having been elevated to the International Festivals Association.

The grand streetdancing parade which will be participated in by some 24 competing, non-competing and guest contingents will start from the Panagbenga Park along South Drive passing through Session road, Magsaysay Avenue, Harrison Road and will end up at the Baguio Athletic Bowl while the grand float parade will start from the DILG rutonda passing through Session road and will enter the Melvin Jones grandstand through the Ganza parking area.

However, national candidates who will be joining both parades will be barred from breaking the line and shaking hands with the crowd, wear their campaign vests with their name printed on it and for their supporters to distribute campaign paraphernalia to the crowd which might disrupt the attention of the public to the streetdancers although they are allowed to wave to the crowd.

The viewing public along the parade route will have the chance to see the performances of most of the streetdancers because all the contingents are mandated to perform every five minutes of walking while those who will be positioned at the Baguio Athletic Bowl will be able to witness the sterling performances of the streetdancers during the ground demonstration that will follow after the parade.

Mayor Mauricio G. Domogan cited the increase in participation in the streetdancing contingents and the corporate floats only shows the state of the Panagbenga now that it has been elevated to the list of the International Festival Association, thus, the need for the local residents and visitors to adhere to the stringent rules and regulations that will be enforced by peacekeeping officers during the two events to sure the prevalence of law and order.

“We have to sustain the gains of the flower festival so that people will from the different parts of the global village will continue to patronize the major events of our month-long festivities,” Domogan stressed.

Panagbenga started in 1995 as a mere community event in order to discover the conduct of a festivity that will entice people to visit the city during the start of the peak tourism season until it became one of the country’s major crowd drawing event through the active participation of the government and the full support extended by the city’s private sector.