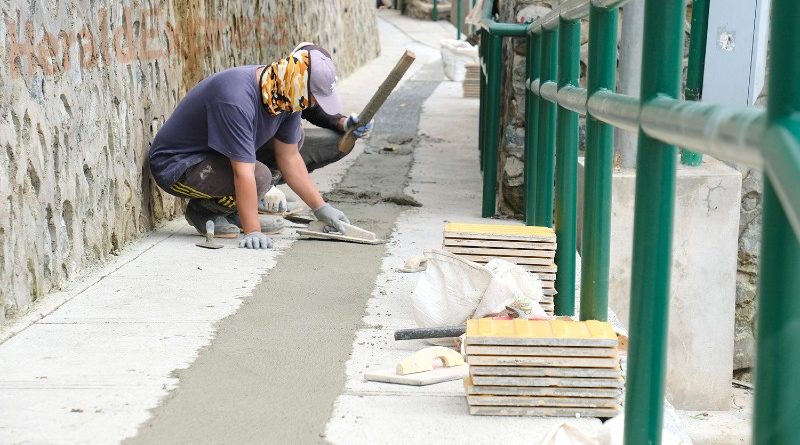 The Office of the Persons with Disability Affairs Office (PDAO), in consultation with the various groups of persons with visual disability, strongly recommended for the immediate removal of obstructions along sidewalks in the city prior to the installation of the controversial tactile as part of the local government’s sidewalk recovery program.

While the visually impaired persons appreciate the installation of the tactile to serve as directional guide for them, the PDO and the groups of persons with visual impairment also suggested the reactivation of the automated voice system along cross walks to guide them in maneuvering through the various intersections around the city.

Aside from the aforesaid suggestions, the PWDs also urged the concerned offices of the local government to consult with them when installing the same and consider the width and slopes of the sidewalks to ensurthat the tactiles will be in their rightful places to prevent the occurrence of untoward incidents that might inflict injuries not only to them but also the other pedestrians walking along the sidewalks.

Earlier, Mayor Benjamin B. Maglong requested the PDAO to coordinate with the different groups of persons with visual impairment to get their inputs on how to further improve the ongoing installation of tactile along various roads inside and outside the city to address the complaints from the public that the tactile is dangerous and poses a threat to the safety of the pedestrians.

The PDAO also recommended that the concerned government agencies and the local government continue to engage the community of the persons with visual impairment in the attainment of the overall goal of establishing a PWD-friendly city to continue uplift the interest of the vulnerable and marginalized sectors in the city.

As part of its engagement of the concerned sector, the PDAO, together with representatives  from the groups of persons with visual impairment, conducted a series of on site orientations to the visually impaired persons for them to familiarize themselves with the tactiles that had already been installed along different sidewalks around the city.

With the successful engagement of the concerned sector, the PDAO will continue to conduct future orientations on the appropriate usage of the yellow tactile in partnership with the Department of Public works and Highways – Baguio City District Engineering office (DPWH-BCDEO aside from conducting an audit of the various sidewalk obstructions with the City Engineering Office (CEO) to help in the realization of the establishment of a PWD-friendly city.

Because of the various complaints from the public on the presence of slippery tactile along sidewalks in the different parts of the city, the DPWH-BCDEO and the local government decided to remove the installed tactile on identified sloping and critical areas to ensure the safety of people passing through the said areas while those that  had been assessed to be in safe zones were retained.

The primary purpose of the tactile along sidewalks is to provide the appropriate direction to the visually impaired persons by tapping their canes on the groves of the tactile that had been put in place for them to be able to reach their desired destinations in the city. By Dexter A. See

This post has already been read 186 times!Biscuit and snack food giant Rebisco is all-out for Philippine volleyball. The main