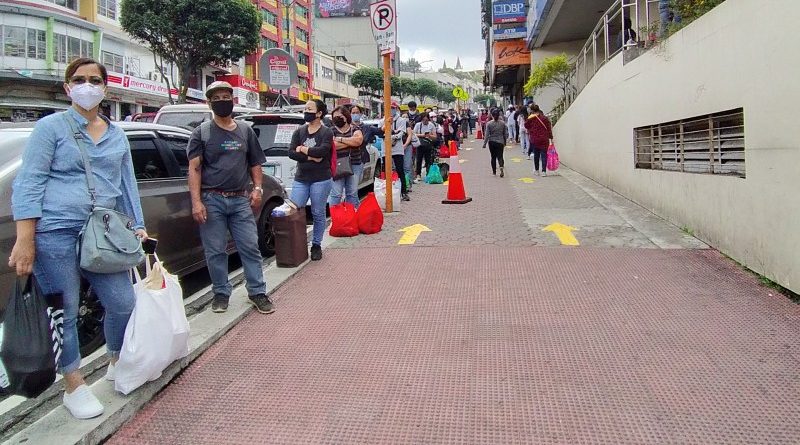 Baguio City is prepared for the stricter protocols under the General Community Quarantine (GCQ) status which is expected to be reimposed in the Cordillera Administrative Region due to the presence of cases of B117 or UK variant of the Coronavirus disease (COVID-19).

Mayor Benjamin Magalong said that while the final protocols are still being drafted, he does not expect a lot of changes in policies considering that the city had started to tighten some of its policies weeks ahead of the discovery of the UK variant cases in the region.

“Around two or three weeks ago, we began to reimpose stricter measures that are almost at the GCQ level after we saw the increasing trend in our cases through the mobility analysis that we have been doing.  So not much changes are expected,” he said.

Last Jan. 14, the mayor directed the Baguio City Police Office and the Public Order and Safety Division and the city’s 129 punong barangays “to intensify actions to ensure that the general public is compliant with minimum public health standards” particularly the wearing of face masks and shields and observance of physical distancing.

Last Jan. 18 he ordered the return of the stay-at-home restriction for minor children below the age of 15 years old and reminded that other vulnerable sectors like senior citizens over the age of 65, pregnant women and those with underlying health conditions and comorbidities are still covered by prohibitions under Executive Order No. 159 series of 2020 which mandates them to stay in their residences at all times except for essential purposes like accessing food and basic necessities, necessary errands, medical emergencies, work and permitted activities.

Among the changes that will be imposed are the stricter border control between the city and its neighboring towns for which an agreement had been forged among the mayors and the reduction of the allowed number for mass gathering including religious services from the present 50 percent to 30 percent.

Other policies will be announced in an executive order to be issued upon the GCQ declaration by the national government. – Aileen P. Refuerzo

This post has already been read 601 times!Biscuit and snack food giant Rebisco is all-out for Philippine volleyball. The main