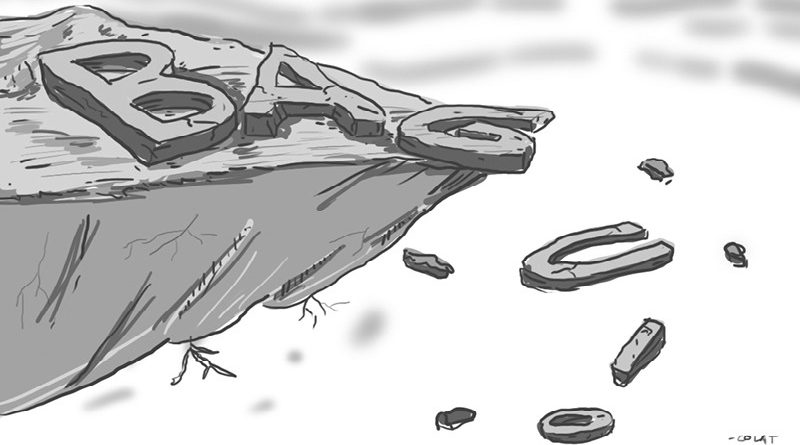 Baguio City was planned by American urban planner Arch. Daniel Burnham to be good for only 25,000 inhabitants. Its roads and other public places were designed for the prescribed number of population. However, its unique climate enticed people from other parts of the islands to settle in the city for life, work, and business. The city’s development as the premier city in northern Luzon  with good schools, business opportunities and as a government center has enticed people from the countryside to make the city their second home because of the presence of stable jobs, sustainable sources of livelihood and economic activities.

Admittedly, rapid urbanization has caught up with the city. Problems of traffic congestions, solid waste disposal, pollution, proliferation of informal settlers, increase in the volume of crimes that affect the good peace and order climate, massive cutting of trees and other forms of environmental degradation, the shift from residential to commercial areas, among others have been confronting the local government and concerned government agencies through the years.

The local government has put in place its comprehensive land use plan, zoning of structures around the city, environment code, tourism code, intents code, solid waste disposal policies, peace and order programs and activities, anti-squatting bodies,  among others, to effectively and efficiently address the growing concerns of various sectors that seem to have affected the city’s identity as the Summer Capital of the Philippines. Concerned stakeholders have questioned the ability of local officials to strictly implement these policies crafted for the sustainable management of the rapidly growing population. Some sectors are disappointed on how the local government is handling the present problems besetting the city while some sectors seem to be satisfied and have bestowed their support to the aggressive implementation of policies that contribute in improving the city’s present situation.

Many of the criticism being hurled against the local government on its alleged failure to address prevailing sensitive issues are obviously easier said than done. Before handing out a decision on a certain matter that affects the people, local officials have to consider numerous aspects of the problem and the overall impact of a decision. Primarily, city officials put the interest of the greater majority of the populace foremost in deciding issues and concerns,  and in the implementation of prevailing policies. Certainly, every problem is being decided upon based on what is legal, humane and advantageous to the greater majority of the populace while there are some city officials who obviously render decisions hastily simply because of selfish and political interests.

In the social media, everyone has become an expert in his or her own right but that is not the calling of the times. What we need this time are people who walk the talk. We do not need lame ducks and fence sitters because the gravity of our problems have grown exponentially which also needs the individual and collective efforts of the local officials and the people to formulate the appropriate solution.

Many of those who are weekend visitors in the city have time and again repeated that Baguio is nearing death because of the gravity of the problems that it is currently confronting but local officials are working double time to put in place stop gap measures while awaiting the implementation of medium and short-term solutions on the city’s problems.

The dire warning from those who see the city dying should be a wake-up call to all concerned: decision-makers and the locals. Let us learn to be team layers in this present situation that our city is positioned. Let us do things right and infect our neighbors with our enthusiasm for making simple contributions in addressing our major problems. For example, by strictly complying with the segregation of waste at source, we are helping the local government significantly reduce the waste being hauled out of the city thereby helping save a portion of the budget spent for the purpose. Let us also listen to the suggestions and recommendations of others and formulate better measures that will address our present predicament in terms of traffic, solid waste, peace and order, informal settlers and the overall state of the environment.

We believe Baguio City will die IF serious attention is NOT given to the city’s sustainable land use and ecology. This entails balancing built-over areas with green spaces, balancing visitor interest with the interest of the greater mainstay population (i.e., year-round residents and students), balancing short-term profit-taking with long-term sustainable livelihoods for the locals, balancing convenience with healthy sustainable lifestyles, and other initiatives that should make us become a sustainable city in line with Goal 11 of the Sustainable Development Goals: make cities and human settlements inclusive, sage, resilient and sustainable.  We love labels and it should be our goal to be counted as one of the sustainable cities by 2030.