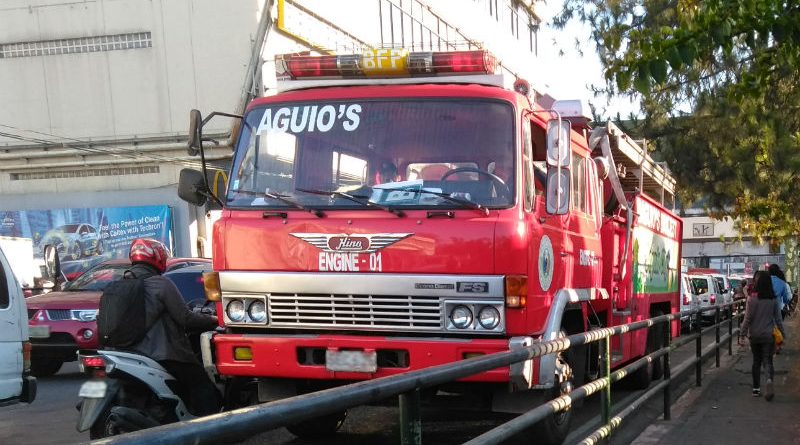 The city continues to extend the needed assistance to government agencies to help improve the delivery of quality services to the people after local officials turned over four penetrator fire trucks to the Baguio Fire Station during the regular Monday flag raising ceremony held at the city hall grounds.

Fire Chief Inspector Jessie Annasiw, fire marshal of the Baguio Fire Station, stated that the penetrator fire trucks were procured by the city government from funds earmarked for the station’s capital outlay over the past 2 years.

Mayor Benjamin B. Magalong led city officials in turning over the brand-new penetrator fire trucks to the officers of the Baguio Fire Station.

Annasiw disclosed that the local government spent around P33 million for the 4-brand new penetrator fire trucks with half of the funds coming from the 2019 capital outlay of the said office while the remaining half was sourced from the 2020 similar appropriations.

The fire officer disclosed that the additional penetrator fire trucks will help enhance the station’s firefighting capability, especially in areas around the city where the roads are narrow and could not be traversed by the existing trucks to hasten their efforts to spare life and limb fire incidents.

According to him, he will be deploying the aforesaid fire trucks to the various fire sub-stations in strategic areas in the city for the immediate response to fire incidents in places that difficult to maneuver and respond.

He expressed his gratitude to the city government for its continuous support in the procurement of additional units of equipment and tools needed by the fire station to further enhance its firefighting capability.

The current fire sub-stations are located in Irisan, West Quirino Hill and Bayan Park while the put up of similar stations in other parts of the city is being currently worked out with the city government.

For next year, the fire marshal disclosed the city government will be procuring the needed complex search and rescue tools that will help improve the ability of the firefighters in responding to emergency situations.

Further, Annasiw stipulated that the delivery of the procured fire trucks is timely because there is also a need to augment the existing fire trucks in the various sub-stations as the same are already old for efficient and effective firefighting response.

The penetrator fire trucks are equipped with a 10-drum water tank sufficient enough in responding to fire incidents.