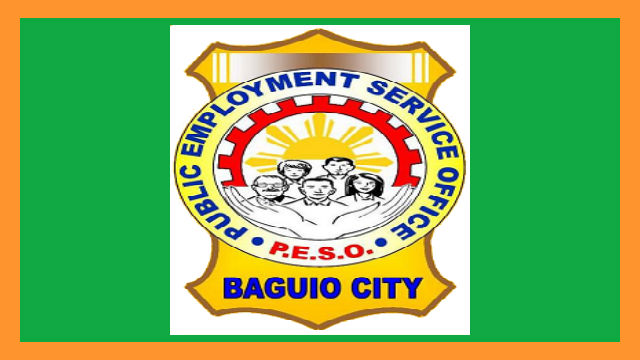 City officials urged employers of private business firms and institutions operating in the city to closely coordinate with the Public Employment Service Office (PESO) on their job openings and vacancies for future references.

Under Resolution No. 114, series of 2021 that was signed by Mayor Benjamin B. Magalong, city legislators stated that Baguio City is known as the citadel of quality education resulting to greater number of enabled graduates who are capable and willing to join the work force, be it in the public or private institutions.

The council claimed that the Coronavirus Disease 2019 (COVID-19) pandemic has drastically impacted the employment sector, especially the private business firms, where some have retrenched or laid off their personnel while others had either temporarily or permanently closed their business establishments following the implementation of various levels of community quarantine for over a year now just to contain the rapid spread of the deadly virus around the country.

The body disclosed that official data from concerned government agencies showed that the ongoing pandemic adversely impacted the country as the national economy sank by 8.6 percent in 2020 from a growth of 6 percent the previous year.

As a consequence of the slump in the economy, the council stipulated that unemployment rate dramatically increased where official reports stated that in 2020, the country’s unemployment rose to 17.3 percent accounting for 7.3 million jobless Filipinos on the same year alone.

However, the council noted that part of the government’s economic recovery initiative is to provide employment opportunities to those who are fit and qualified for the jobs that are being made available with the gradual, safe, sure and responsible revival of the local economy.

The council admitted that the government could not do it alone as it needs the utmost cooperation of the private sector, thus, coordination and collaboration is needed to spur economic growth by effectively and efficiently addressing the growing number of unemployed, especially in the locality where most businesses rely on tourism as their drivers.

The city legislators asserted that sustainable employment greatly contributes to economic growth and development and faster economic growth happens when employment opportunities is as its fullest because of robust business operations not only in the city but also in the different parts of the country.

Despite the pandemic for over a year now, the council emphasized that city entrepreneurs and employers are now adjusting to the so-called new normal and many of them are starting to slowly open their doors to job seekers but employers cannot always afford to pay for paid advertisements to inform the public of their job vacancies, thus, the city government, through the PESO, could extensively assist the employers and the job hunters.

Aside from conducting job fairs, the council cited the need for an updated database of job seekers vis-à-vis job vacancies for possible job matching and other career growth purposes and the same can further improve their selection and recruitment system including hiring of the right applicants for the right jobs.  By Dexter A. See