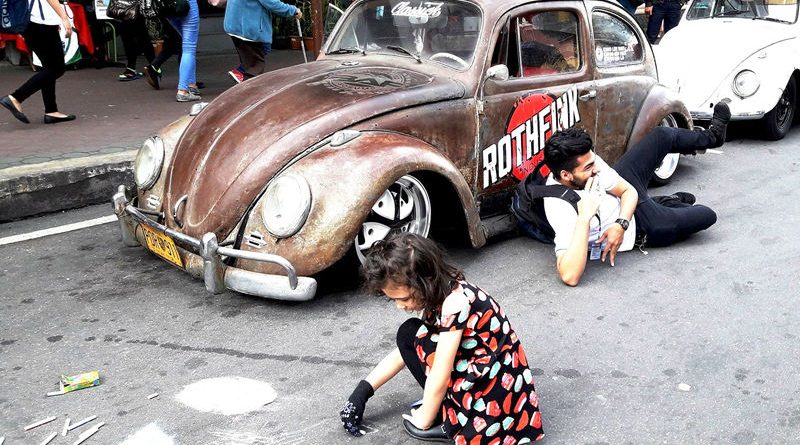 BAGUIO CITY -– The City Hall made a 360-degree turn as it approved the request of Mayor Benjamin B. Magalong to temporarily close the ascending portion of Session road every Sunday for one month only despite the absence of the reports from the concerned offices of the city government that were tasked to implement the traffic experiment since last year.

City legislators disclosed that instead of the proposed 2-month closure of the ascending portion of Session road every Sunday, the same was reduced to 1 month to allow the concerned offices to submit their comprehensive reports on their findings, observations and recommendations on the traffic experiment that ran from September to December last year.

Earlier, the city legislative body decided to defer action on the request of the city chief executive to extend the life of the traffic experiment along Session Road due the various issues and concerns raised against the frequent closure of the road every Sunday that allegedly contributed to worsened traffic congestions in major streets directly linked with the city’s main thoroughfare.

Supposedly, the executive department and concerned offices were to submit their comprehensive reports in aid of legislation for the extension of the traffic experiment for which will be subjected to the required public hearings before the City Council acts on the same.

In last Monday’s regular session, the city councilors decided to agenda the proposed extension of the traffic experiment then passed the same which will take effect on Sunday, February 2, 2020.

Earlier, the City Council provided the City Mayor’s Office with the transcript of the proceedings of its regular session last January 20, 2020 to serve as a basis to decide whether the closure of the ascending portion of Session road will be exclusively for pedestrianization or for the conduct of activities that do not directly compete with ongoing business activities along the stretch of the road and in the city public market.

City legislators believe on the legitimacy of the various issues and concerns raised by concerned sectors directly affected by the closure of the ascending portion of Session road every Sunday.

Under existing laws, rules and regulations, the conduct of traffic experiments on various roads and streets in the city should only be up to a maximum of 6 months and the failure of the local legislative body to enact an ordinance elevating the status of the experiment to a permanent one will automatically revert the experiment to its situation prior to the implementation of the said scheme.

The city legislative body gave the concerned offices only two weeks to submit their comprehensive report on their findings, observations and recommendations on the earlier conduct of the traffic experiment.

By Dexter A. See
Filw photo by Joseph B. Manzano

17       17SharesThis post has already been read 1118 times!The ongoing negotiations between the members of the city’s Public Private Partnership for