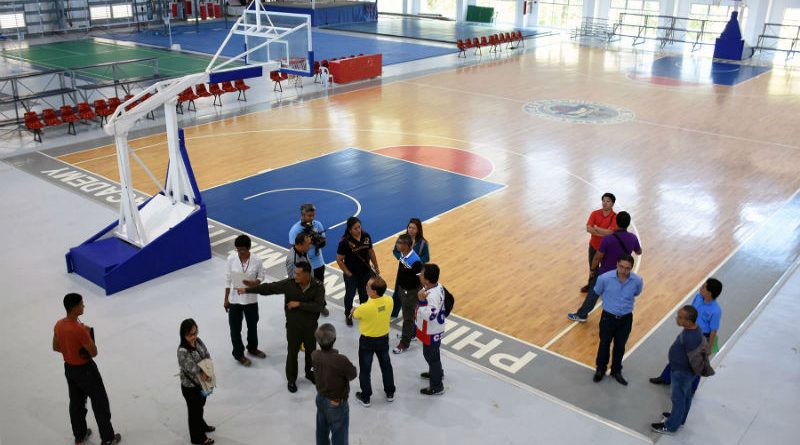 BAGUIO CITY – Officials of the Department of Education – Cordillera Administrative Region (DepEd-CAR) and the local governments of Baguio, La Trinidad, and Benguet are ready to present their bid to the Palaro Selection Board (PSB) for the hosting of next year’s Palarong Pambansa with the catch phrase  ‘The Coolest Palaro Ever.’ This September 27, 2017.

Mayor Mauricio G. Domogan, Gov. Crescencio Pacalso, Mayor Romeo Salda and DepEd-CAR regional director May Eclar met Tuesday to finalize the bid of Baguio and Benguet to host the 2018 Palaro games after the inspectorate team from the DepEd Central office found that the sports and billeting facilities were able to comply with the minimum requirements of the prescribed standards.

Supposedly, the original bidding date for the hosting of next year’s Palarong Pambansa is September 22, 2017 but it this was moved to September 27, 2017.

Aside from Baguio City and Benguet, the other bidders for the hosting of the 2018 Palarong Pambansa are Marikina City, Bulacan, Tarlac, Ilagan City, Isabela and Vigan City, Ilocos Sur.

Domogan underscored one of the distinct advantage of Baguio and Benguet as the host of next year’s Palarong Pambansa is its cool weather and will be no unnecessary suspension of the scheduled games at the height of the scorching heat of the sun from 10:30 am to 3 pm because the maximum temperature that could prevail during the day will be around 25 to 27 degrees Celsius, a temperature still be tolerable for athletes.

Under the guidelines for the bidding, each participating bidders is required to have five members of the presenters to present their bids for a period of 15 minutes.

The Palaro Selection Board is chaired by the Secretary of the Department of Education and co-chaired by the Chairman of the Philippine Sports Commission (PSC) with the education Undersecretaries and regional directors as members.

The local committee created purposely for the bidding addressed potential issues and concerns that may be raised by the PSB, particularly effective and efficient traffic management, availability of basic services for the over 15,000 athletes and officials, the conformity of the playing venues to the national standards, and other packages that the host local governments could offer to the athletes and officials once chosen to host the annual sports competition.

Baguio City attempted to bid for the hosting of the 1996 Palarong Pambansa but the local government was not successful in the said try and the same was not repeated up to date.

Members of the local bidding committee remain optimistic that the PSB will decide on the merits of the bids to be presented by the participating local governments so that Baguio and Benguet will have a good chance of being selected to be the next host of the annual sports competition spearheaded to discover more sports talents from the countryside.