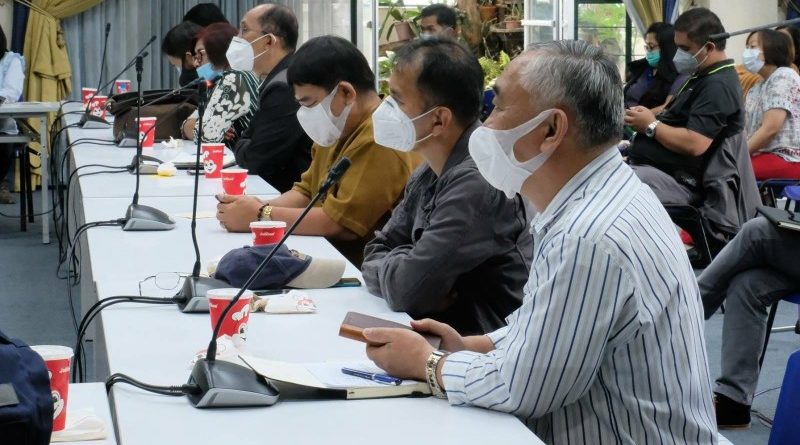 Local executives of Baguio City and Benguet agreed to continue the implementation of liquor ban in their respective areas of jurisdiction during the period of the extended modified general community quarantine (MGCQ).

Mayor Benjamin B. Magalong informed Benguet mayors he will not lift the liquor ban during the pendency of the MGCQ to serve as a deterrent in the conduct of gatherings that can be venues for the transmission of the Coronavirus Disease 2019 (COVID-19) in the city.

He claimed previous drinking sessions in the city and nearby La Trinidad town where some confirmed COVID-19 cases were discovered should not be repeated thus it is still important to continue enforcing the liquor ban in both the city and the province.

Earlier, a 25-year old resident of Poliwes who allegedly manhandled his father who was pacifying a commotion during a drinking session in their neighborhood and subsequently assaulted a police officer who responded to the scene eventually tested positive of the deadly virus after being subjected to the random swab test at to the Baguio City Jail.

In La Trinidad, the close contacts of a 22-year old vegetable truck helper from Botiwtiw, Balili barangay and his 44-year old driver from Poblacion, Tuba eventually tested positive for the virus after participating in a drinking session inside a private vegetable trading center in the municipality.

The Baguio and Benguet executives ordered the different police units and barangay officials and volunteers under their jurisdiction to strictly monitor different establishments allegedly dispensing liquor to their constituents in gross violation of the prevailing liquor ban.

The local executives recognized the significant contribution of the liquor ban imposition in the reduction of liquor-related incidents, such as physical injuries, that are mostly committed within the vicinity of night spots.

Among the establishments not allowed to resume operations during the implementation of the community quarantine include bars and entertainment spots where liquor is openly served to their patrons.

Under the liquor ban, the dispensation and drinking of liquor is not allowed during the implementation of the extended MGCQ following the decision of the national inter-agency task force to retain the status of the Cordillera local governments under the MGCQ up to the end of the month as the status of each of the regions will be subject to evaluation and assessment every 15 days.

This post has already been read 722 times!The city is not yet inclined to open inter-regional public transportation to avoid