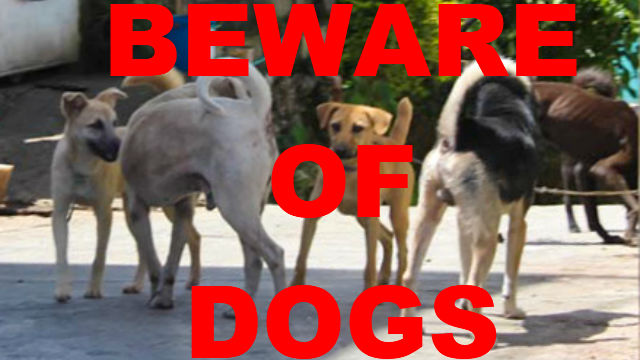 BAGUIO CITY – Local authorities disclosed that animal bite cases in the city are increasing over the past three years amidst the efforts of the local government to contain the same to prevent the populace from being exposed to the dangers of the dreaded rabies inflicted by biting animals.

Agnes Johanna Abad, nurse of the City Health Services Office (CHSO), reported that despite the increasing trend of animal bite cases for the past years, the city was able to maintain a zero human rabies case over the past 11 years.

In 2020, around 3,720 city residents and 86 transients were bitten while in the first semester of this year, there were already 2,189 local residents and 14 transients who were also inflicted bites by biting animals.

Of the recorded animal bites in 2018, 4,466 bites were inflicted by dogs, 1,002 were caused by cats while 14 cases were bites from other biting animals.

Further, in 2020, there were 3,089 dog bite cases, 628 cat bite cases and 3 bite cases from other biting animals were documented and provided similar treatment by the aforesaid center.

For the first semester of this year, some 1,796 dog bite cases, 404 cat bite cases and 3 other bite cases were reported by the said center.

Abad claimed that 4 of the animal bite cases inflicted by other biting animals were caused by monkeys.

She pointed out that the management of rabies exposure depends on the category of the bite that had been inflicted by the biting animal.

Among the components of the National Rabies Control Program include provision of pre-exposure treatment to high risk personnel and post-exposure treatment to animal bite victims; encouragement of practice of responsible pet ownership; enforcement of ordinances, information and education campaign on rabies prevention and control; mass vaccination of dogs by the City Veterinary and Agriculture Office (CVAO); establishment of database system for registered and vaccinated dogs by the CVAO; and impounding of stray and unvaccinated dogs, cats and other biting animals.

The goal of the program is to eliminate human rabies and to declare the country rabies-free and by the year 2030, there should be zero human deaths from dog-mediated rabies. By Dexter A. See

This post has already been read 493 times!  Former Sen. Ferdinand ‘Bongbong’ Marcos, Jr. on Monday asked the government to