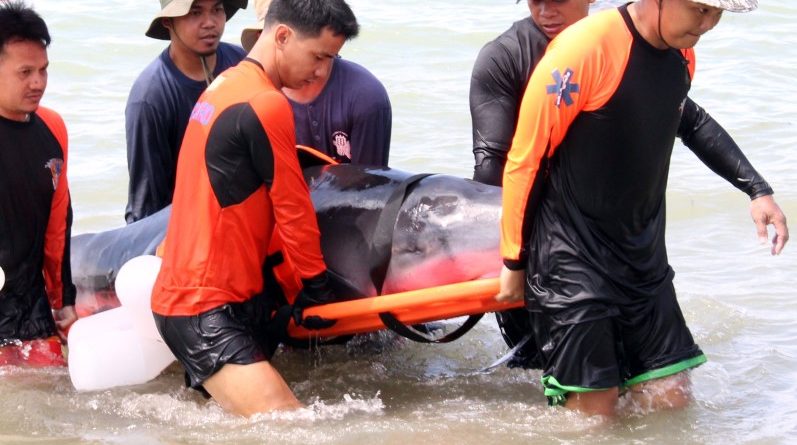 Dr. Christopher Apilado, of the city veterinary office, said the whale, weighs around 100 kilos, 6.5 feet in height, and with 45 inches body circumference, was found by residents at around 4:00 a.m. Friday.

Apilado estimated that the whale is around one year old and maybe she was lost direction from her mother.

“It looks like she was disturbed by fishermen who attempted to catch her as shown by the wounds which was caused by pointed object,” he said.