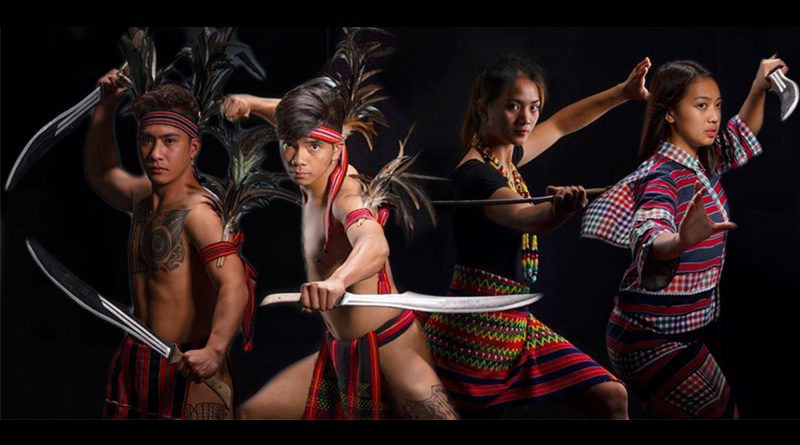 Athletes, artists and even educators of Igorot blood early this month challenged the Department of Education for its erroneous portrayal of highland people as seen in learning manuals for schoolchildren.

In the “I Am Proud Igorot Challenge”, they posted their photos most in their traditional clothing to show their displeasure over the errors that they see as discriminatory to them.

Cordillerans riled at the DepEd manuals that are now used by elementary students wherein exercises depict Igorots in a bad way.

In an exercise in a module in Iloko, it states: “Kabaelan kadi ti Igorot ti makaturpos iti adalna (Can an Igorot finish his/her studies?)”

Famed Ibaloy artist Roland Bay-an has recently joined the bandwagon in an apparent shout out to the Department of Education over manuals for elementary students wherein they are apparently prejudiced.

Former Southeast Asian Games marathon queen Christabel Martes, a half Igorot, shared a link tro Pinoyathletics where her feats were featured including winning the gold twice in the biennial meet.

All of the wushu national team members from Baguio and the Cordilleras are of Igorot blood – Divine Wally and Gideon Fred Padua of sanda as well as taolu players Thorton Lou Sayan and Jones Inso.

Former ONE Championship flyweight king Geje Eustaquio also posted a picture of his in front of the Team Lakay mural at the Baguio athletic bowl saying that he is 100 percent Igorot. All the Team Lakay members depicted in the mural are Igorots including artist Harold Banario.

Eustaquio wrote: We are people of the mountains, there is no mountain we can’t conquer.”

All the arnis players from Baguio who won medals in the 2019 SEAG are also Igorots – Crisamuel Delfin, Elmer Manlapas, Abegail Abad, Billy Joel Valenzuela and Eza Rai Yalong. Delfin was so proud of his heritage that he wore no briefs under his loincloth during the finals of the anyo non-traditional contest wherein he said that he would rather forfeit a medal if he was forced to wear one because it goes against his and the Igorots’ beliefs.  He relented to wear a thong and eventually walked home with the gold and the front page photo in most of the national dailies.

Abad and Yalong are both 5 feet five inches in height and lookers themselves, the latter was even offered a modelling gig.

University of the Cordilleras professors Maria Aplaten and Orlina  Regua also posted on their FB walls with the former in her native attire and added a quote by Jose Dulnuan: “I am an Igorot. Let me be treated as I deserve – with respect if I am good, with contempt if I am no good, irrespective of the name I carry, let the term, IGOROT, remain and the world will use it with the correct meaning to it.”

Restaurateur and art patron Ninj Sabado posted a photo of her in black and white in support of the call as she paid tribute to her Ibaloy roots. Sabado is also a looker.

Former Meralco assistant vice president Bal Guisala also posted a picture of himself as grade 1 student in Mountain Province in his loincloth. Later, the electrical engineer professional from Saint Louis University posted a picture with his wife, who is in an Igorot tapis.

DepEd – Cordillera director Estela Carino last February 1 has called on the attention of the DepEd to make the necessary correction on the mistakes on the modules.

She even called on people to report with the DepEd if they see one.

“When a wrong concept keeps repeated, this might be accepted as the truth that is why need to respond to it right away and for those responsible to correct it immediately,” Carino said during the office’s Convocation Monday.

Carino was reacting to the issue on “some modules circulating on social media over the past few days maligning, discriminating, and wrongly depicting Igorots.”

An Igorot herself,  Cariňo urgently called on the attention of the regions and schools division offices using such modules to make the necessary and changes immediately.

She added that “Cordillerans may contribute to the wrong concept and incorrect depiction of Igorots if they keep silent.”

Carino added that “through the swift action of DepEd CAR officials, the regions and schools division offices that have wrong and biased depictions of Igorots are complying with the urgent requests to rectify their modules.”

A typical Igorot nowadays is fashion conscious and their choice of clothes and shoes are branded.  Influenced by Americans, most males wear Levi’s and these are the P5,000 worth original 501 with Merrell, North Face or Columbia as choice of shoes.

Moneyed Igorots, miners and vegetable growers, are walking statement of fashion with their choice of clothing costing at least P20,000 with the cheapest at P500 – a cap also of brand or a pair of socks. North Face and Columbia shoes are north of P10,000 alone.

Younger ones are staples of wagwagans (second hand stores) that abound in Baguio and even in far flung areas in the Cordilleras where branded clothing as their choice of wear. Pigeon Lobien