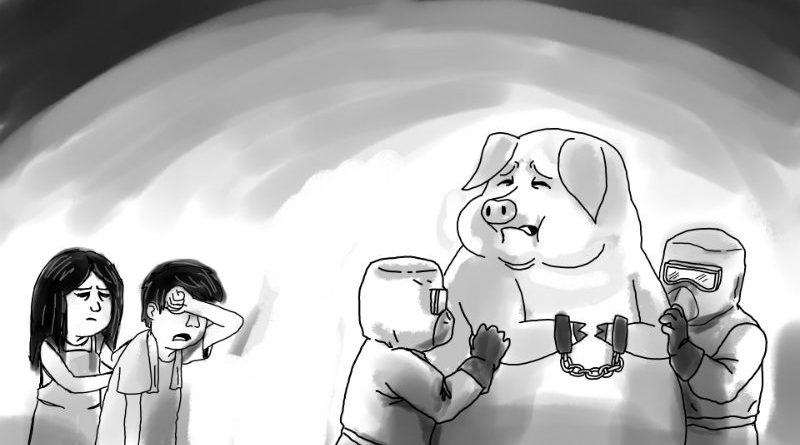 The Cordillera office of the Department of Agriculture (DA-CAR) in coordination with concerned offices of local governments confirmed that here are two areas in the region which were able to record confirmed cases of the African Swine Fever (ASF) particularly some commercial farms in Cap 1, tuba, Benguet and a backyard farm in Beckel, La Trinidad, Benguet and a similar commercial farm in San Julian, Tabuk City, Kalinga and a backyard farm in Lubo, Tanudan, Kalinga over the past several weeks. The presence of ASF in some commercial and backyard piggery farms in Benguet and Kalinga prompted the concerned provincial officials of the two local governments to impose a temporary total ban on  the entry of live pigs in  the said places to prevent the animal disease from spreading to other farms and affecting a larger part of the hog population that will have a serious negative effect to the livestock supply in the region, especially during the coming months where there will be numerous celebrations such as reunions, graduation rites, celebration of anniversaries, performance of rituals mong others where the common animal being butchered is pig.

Aside from the imposition of the temporary total ban on the entry of pigs in the said places, agriculture and veterinary experts immediately conducted the required disease surveillance in the affected piggery farms to ascertain how the ASF-infected pigs were able to enter the said areas despite the implementation of strict quarantine measures by assigned quarantine personnel. It was discovered that the ASF-infected pigs in the Beckel backyard farm was able to be sneaked in to the area through the use of a closed van considering that the piglets were ordered from an SF-infected province in Region I through online while the ASF infection among the pigs in the commercial piggery farm in Cap 1, Tuba, Benguet came from providing left over food to the pig population in the said farm. In Lubo, Tanudan, Kaling, the ASF-infected pig was discovered in a backyard farm which was located distant from the other pig population, thus, the 1-kilometer radius from the epicentre of the disease was not imposed considering that there were no other pig population within the prescribed radius. The case of the commercial farm in San Julian, Tabuk city, Kalinga was similar to what happened in the commercial piggery farm in Cap1, thus, it has been recommended that the pig population within the 1-kilometer radius from the epicentre should be strictly implemented the soonest to prevent the spread of the disease in the said city.

Local hog traders are now suffering the consequences of having recorded ASF cases in Benguet and Kalinga because there is now a difficulty in providing the demand for pork in the different markets and the supply of live pigs for families wanting to celebrate certain occasions in their families. Let us remember that pigs are commonly butchered by Cordillerans to celebrate various occasions and conduct rituals as the pork is the one that is offered to Kabunian for good luck among hose celebrating such rituals.

We believe that with the recorded ASF cases in two of the local governments in the region, it is high time for everyone to sacrifice having to take in meat in our daily meals or serve pork during the celebration of various occasions or in the conduct of rituals in our places. There are various alternatives to pork which we can serve during the celebration of different occasions or conduct of rituals because it will not be bad for us to embrace alternative kinds of meat for us to be able to pursue our desired celebrations of conduct our mandatory rituals. If we are not contented with the alternative to pork, then it will be best for us to postpone or even cancel our scheduled celebrations or rituals until such time that the situation in Benguet and Kalinga stabilizes. Let us not be contributors to the problem but left us help in eventually solving the problem that has existed as we will be able to move forward once we embrace the stop gap measures that had been outlined by experts for us to be able to effectively and efficiently deal with the aforesaid situation. Let us not contribute to the spread of the disease to other places because it will create more problems to us than being able to formulate solutions for the same.

We salute the concerned government agencies and the local governments who were able to do their job in detecting the presence of ASF cases in their places. We also commend the piggery farm owners for their willingness to cull out the infected pigs in their farms and to populate the existing population in the prescribed danger zone from the epicentre. We need a holistic approach to prevent the spread of the animal disease because it could eventually  result to the extinction of the current hog population which will have an overall negative effect to the region’s economy being a livestock producing region based on the data obtained from the Philippine Statistics Authority (PSA). Our craving for pork could wait that is why we should cooperate to the implementation of stringent policies to abate the spread of the disease before it will be too late in the day.