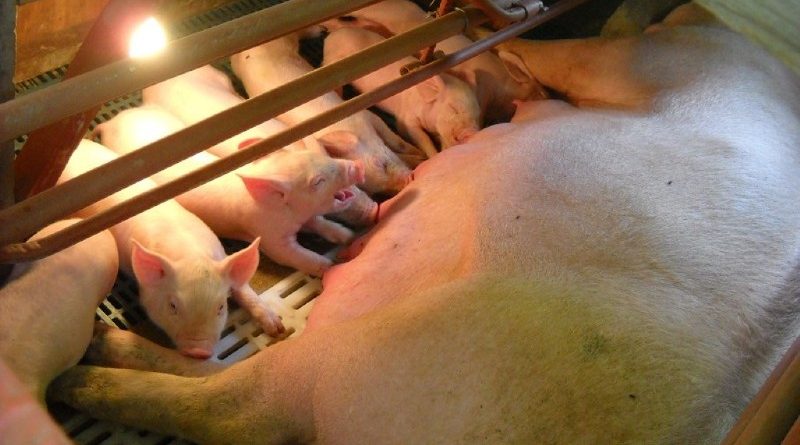 BAGUIO CITY – The Cordillera office of the Department of Agriculture (DA-CAR) disclosed that the African Swine Fever (ASF) infestation in some barangays in the region is now under control following the putting in place of appropriate measures to mitigate the effects of the virus to the stability of the supply of pork in the market.

He claimed that based on available records, less than 10 percent of the region’s over 1,100 barangays have reported ASF cases over the past 2 years that is why the effect of the animal virus to the hog industry is not very significant although hundreds of hog raisers had been heavily impacted by the infestation.

The DA-CAR official claimed that the appropriate financial assistance had already been distributed by the agency to the affected hog raisers for them to be able to recover from the effects of the animal virus to the industry and that the ongoing developments in the different provinces have resulted in the gains in getting rid of the virus.

According to him, what is important is that hog raisers were able to learn their lessons with the recent ASF outbreaks by not feeding their hogs with leftovers and ensure that hogs that enter their places pass through the quarantine checkpoints for the same to be checked.

Director Odsey commended the efforts of the Benguet veterinary office and the hog raisers of Kabayan for their unrelenting and uncompromising efforts that led to the municipality being declared ASF free and the first locality in Northern Luzon to be declared as such, thus, the same must be replicated in other areas to eventually rid the industry from the animal virus that had heavily impacted the industry over the past 2 years.

Further, he explained that one of the factors that contributed in the significant reduction on the prices of pork is the arrival of the imported pork complimented by the sufficient supply from lowland hog raisers.

He expressed hope that there will be more municipalities in the region that will be declared ASF free in the coming months so that there will be more hog raisers that will be allowed to raise pigs in time for the peak season, especially with the upcoming campaign period for the May 2022 synchronized national and local elections for them to have sustainable sources of income to uplift the living condition of their families.

Odsey called on hog raisers to strictly adhere to the prescribed measures to prevent their hogs from contracting the deadly animal virus and ensure that their hogs are clean so that they will be able to provide stable supply of pork in their respective places and avoid unnecessary incidents that might against have a serious negative impact to the region’s lucrative hog industry.

Aside from commercial hog raisers, backyard pig raisers had also been affected by the ASF after they accidentally bought piglets from the lowlands that are infected with the animal virus that eventually caused the same to spread among the hogs in the vicinity of their places. By HENT

This post has already been read 186 times!TABUK CITY, Kalinga – With the voter’s registration extended, the Commission on Elections