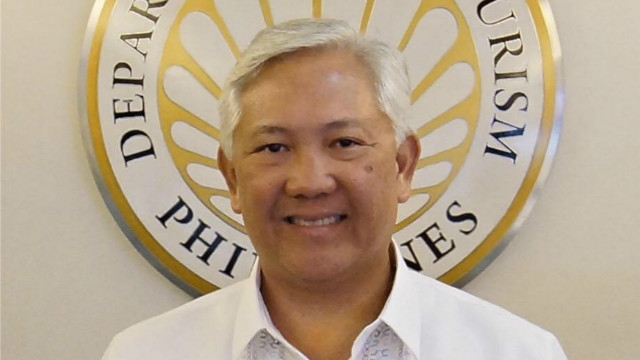 This is how Department of Tourism (DOT) Assistant Secretary Frederick Alegre, the guest of honor and speaker during the 23rd Apayao Founding Anniversary, interpreted the potential of the tourism industry of the province which he vows to promote in line with the directive of no less than his boss, Secretary Wanda Corazon Teo who said that she will be visiting Apayao and make it as one of the best sought after tourist destinations in the North.

With the cold weather, prolonged rainy season, vast virgin forests, unique traditions and unity among the locals and leaders, Alegre admired the splendor of Apayao which he believed worthy to be paraded worldwide through social media platform that would surely improve the influx of local and foreign tourists to the province.

Alegre was not dismayed by the downpour of heavy rain outside during the program neither was upset by the unexpected brownout which occurred during Cong. Leah’s introduction of the speaker, rather, he used the seemingly hapless situation that morning to get the full attention and connect with the audience for them to appreciate the exceptional weather and value the vast virgin forest of the province.

“It is an honor to be here among you, representing Secretary Wanda Tulfo-Teo and the Department of Tourism amidst the festivities and celebration of the province’s 23rd foundation year. And what a colorful celebration indeed,” Alegre acclaimed.

In proving his statement that cold weather and extended rainy seasons are not liabilities, he mentioned Canada as an example noting its temperature which often goes down to -6 Celsius, but then the tourism industry there is booming.

Alegre said he had already talked to Governor Elias Bulut, Cong. Leah and all the mayors that they will make Apayao’s weather condition as an advantage. “Sasabihin natin sa buong mundo ang magandang panahon ng Apayao (we will say to the world the wonderful weather of Apayao) and we will use the instagram and facebook to promote it,” Alegre underscored.

As part of promoting Apayao, Alegre avowed he will be promoting the province by encouraging media personnel to visit the place and personally have an encounter with the nature and people of Apayao. “When we go back to Metro Manila, we will be having a media familiarization tour here in Apayao, upang mas makilala at makita ang uniqueness ng Apayao (so that they will come to know and witness the uniqueness of Apayao),” Alegre exclaimed.

“Through social media, DOT showed to the world that the Philippines has the highest percentage increase of foreign tourist arrivals in 2017 despite the problems in Marawi, Resort World and Bohol incidents,” he added.

“Apayao,” according to Alegre “is indeed the premiere Agro-Forestry and Eco-Tourism destination of the Fart North. It holds great potential in being an ideal tourist spot especially as we continuously promote and strengthen farm based and eco-tourism within the tourism industry in the Philippines.”

Prior to Alegre’s message, Governor Elias Bulut Jr. said the main reason of inviting DOT is to promote the beauty of Apayao which is the industry of the province. He challenged the crowd to protect and preserve the natural resources of Apayao which is considered as the remaining virgin forest that the Iapayaos can be proud of.

“It should be the moral obligation of every Iapayao to preserve the beauty of our province. This is what I am asking from everyone who are from Apayao,” Bulut highlighted.

Representative Eleanor Bulut-Begtang on her part assured a solid backing of her office for whatever programs and projects the province will further initiate just to boost the tourism industry of Apayao. It is through the initiative of her office that DOT provided around P100 million to Apayao for 2018.

In support to this year’s fund for tourism in Apayao, Alegre said Congress has already allotted funds not only for the roads but also for vertical projects for 2019 to include the improvement of the man-made Bacut Lake of Sta. Marcela which they visited earlier before the start of the program.

With the hashtags, #Apayao, #DOT and #It’smorefuninthePhilippines, the DOT Asec, a former prominent media man before entering the government assured they will be seriously promoting Apayao tourism industry which is much line with this year’s 23rd Apayao Founding Anniversary theme, “Beauty of Apayao: Captivating and Untiring Tourism Experience.”

Hundreds of students along with their teachers, parents, visitors, local officials of the province braved the not so fine weather and trooped to the EKB Memorial Gymnasium of the host Municipality of Sta. Marcela on February 13 to attend and witness the culminating program of the grandest festivity in Apayao dubbed as “Say-Am 2018.”