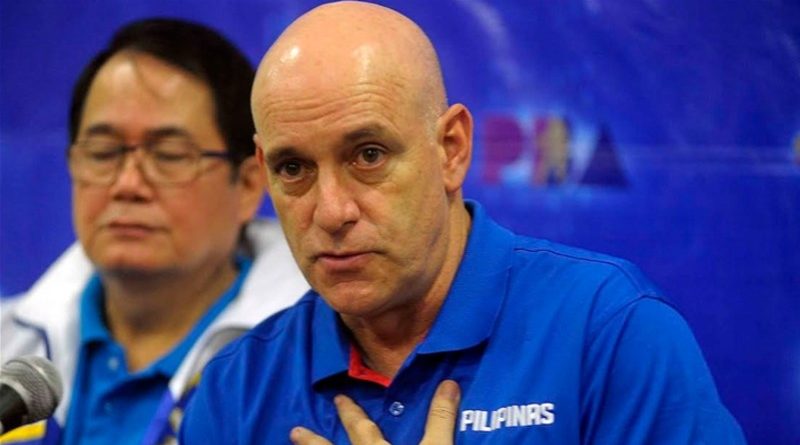 This contention by Tab Baldwin has been an intriguing quandary since playing professional basketball was born in the Philippines.

It has its pros and cons that are very good points to discuss when it comes to balancing the economics, entertainment and international medals objectives of Philippine basketball.

Should the PBA allow more prolific imports to invade its territory? Here are some of the points that could be considered, some of which are already pointed out by those who chimed in upon hearing Baldwin’s comments:

Al Francis Chua made his stance loud and clear, there will be less playing time for the locals if this happens.

He is on point, economically. The income opportunity that the PBA generates should first inure to the benefit of local basketball players because it is what they live and train for during their teems.

It is not a hidden fact that even some of the best players had once sacrificed good grades in school in exchange for more practice time and exposure. It is accurate to say that a good number of them spend more time in gyms and basketball courts than in the classroom or any sort of private study rooms.

Some of these players simply made an investment early in life selecting a path to become a professional basketball player over any other job.

In this situation, it is unsurprising if entertaining a motive to deny a local player from a lucrative local employment provided by basketball is viewed as more unpatriotic than losing a gold medal in international competitions.

In saying the one-import conference is a mistake, Baldwin made it clear he is basically pointing out the suspect quality of competition. The more prolific imports playing in the PBA would simply mean increasing the level of talent the local players is going to go up against.

Baldwin has a good point here in terms of talent development. The Philippines will never be consistent contenders for international meet medals if the talent level of Pinoys remains stagnant.

That’s why Yeng Guiao’s move of not acquiring the services of Andray Blatche early during his tenure at the World Cup Qualifiers has also its good points. It was a good test to see how far the locals can held their own against foreign competition.

Gilas cannot continue rely on the likes of Andray Blatche and Marcus Douhit to win tournaments. Contgributions from local players has to be substantial and consistent when participating in these kinds of tournaments.

Coincidentally, Baldwin might have personally seen this deficiency as he had to rely on Angelo Kouame, a foreigner, during the 2018 Jones Cup stint.

While it may be harsh, there is wisdom in Baldwin basically asking Filipino players “Is that all you got?”. He’s saying Pinoy players need a push and prolific imports can provide that.

Playing at the highest level is more than just playing or participating. It is also winning. Medals do count at this level and one of the ways to achieve that is leveling up the players’ skill set.

So the country will benefit if Gilas wins an international medal. But what’s in it for the players, the teams, and the league if they improve their talent level?

All they have to do is look at the league they are patterned with, the NBA. How did this league reach heights they are in now?

Let’s see, it started with the enormous success of some of their superstars: (1) Larry Bird and Magic Johnson; then (2) Michael Jordan; then (3) Kobe Bryant and Shaquille O’neal; then (4) Lebron James; then (5) Stephen Curry.

What do they have in common? They made fans become interested in the NBA because play a kind of overall game and possess personality that are entertaining to fans. These characteristics and attributes enticed fans to become willing to pay to attend, watch and follow NBA games.

Come to think of it, these guys invented at one point in time acts that fans now enjoy seeing: the flashy passing, intense rivalry, unseen aerial acrobatics display, accurate shooting from the parking lot, total team dominance, among others.

Their on-the-court savvy made fans desire to follow the NBA to extents that reached even to their off-the-court and personal events.

Remember Bird and Johnson’s supposed personal “hatred” for each other, Johnson’s acquiring the HIV virus, Jordan’s gambling and retiring to play baseball, Bryant and O’neal’s personal feud, and Lebron’s “The Decision”?

That trend of increased talent level this example did generally led to more fan interest to the player and the team, which eventually led to better patronage for the entire league and its ability to generate income, including salaries for players.

In the PBA setup, it also points to better endorsement of the products their team offers.

The overall value players, their earning opportunities will improve if they improve their skill set. That should be enough motivation and they should not really need imports to do that, don’t they?

What could be the ceiling of Terrence Romeo if he acquires in the training room the ability to leap higher and be able to slam? He sure could be in the NBA if that happens.

In reverse angle, the PBA team may never had the chance to draft Japeth Aguilar and Gabe Norwood if they had the ability to shoot the three ball consistently.  It’s because they are probably in the NBA today if that happened.

And it’s not only about these three. Assuming they hypothetically are playing in another league abroad, it will be also beneficial to another three players who will take their place in the PBA.

The Philippines actually saw close up a very good template what Filipno basketball players could be: Justin Brownlee. His skill set is something Filipino players could develop theirs to.

It’s not really hard to imagine the PBA full of Justin Brownlee-like Filipno basketball players. He’s just 6’4”, can shoot, can defend, can run the floor, and can play multiple positions. Any typical Filipino player can realistically aspire to pattern his game to Brownlee’s.

Stephen Curry is another template. It may sound foolish because of Curry’s stature but come to think of it, he has Filipino height and body type with lots of Filipino physical traits in relation to basketball.

The only difference? Skill set. He is in another level in shooting, something Filipinos could realistically practice and develop.

The ball is on the hands of Filipino schools, coaches, trainers, teams, and the players themselves to make this happen.