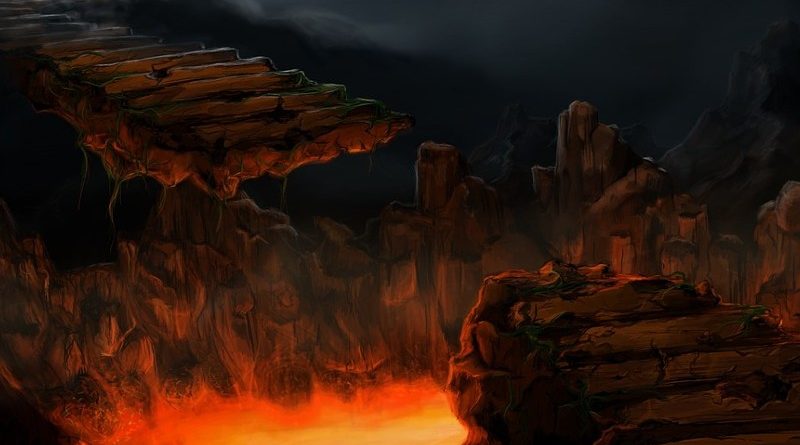 Let’s start this discussion by making this point: What exactly is at stake that Jesus died for man’s sake? Not just simply die, He suffered probably one of the most gruesome death ever experienced and was made in front of the public.

One of  the logical reason that comes to mind is hell and the lake of fire. The place as described in the bible that threatens to shift the conditions of humans in the afterlife from extreme best to extreme worst is, pardon the pun, one hell of a reason why one should give up his life for sake of others.

Further, there must be something of great importance why millions of Good News disciples, preachers, missionaries, and laymen are willing to give up their lives or way of living just to spread the good news.

The bible and Jesus never played with words when describing hell. They as straightforward as they possibly can. It was clearly no going around the bush or joking around when it comes to this topic.

Here’s how Jesus emphasized seriousness when dealing with hell:

Jesus was probably speaking using a figure of speech but His message is nothing but clear, hell is to be avoided at all costs.

Hell and lake of fire refer to a place

The first essential characteristic that is desired to be established is hell is a place where humans can end up. The bible makes this very, very clear. It’s not a state of mind, a state of being, a condition, nor a metaphor.

There’s no such thing as “one’s own hell”, like someone could create their own hell.

The Hebrew and Greek words translated as hell are “sheol”, “hades”, “gehenna”, and “tartarus”.

According to scholars, the English translation of these words pertain to grave, pit, lake of fire, and place where beings are confined or judged.

All translations clearly refers to a place.

Here are some samples of the verses pertaining to hell and lake of fire as a place:

18But he does not know that the dead are there, That her guests are in the depths of hell. Proverbs 9:18, NKJV

15Let death seize them; Let them go down alive into hell, For wickedness is in their dwellings and among them. Psalm 55:15, NKJV

5But I will show you whom you should fear: Fear Him who, after He has killed, has power to cast into hell; yes, I say to you, fear Him! Luke 12:5, NKJV

4For if God did not spare the angels who sinned, but cast them down to hell and delivered them into chains of darkness, to be reserved for judgment 2 Peter 2:4, NKJV

8But the cowardly, unbelieving, abominable, murderers, sexually immoral, sorcerers, idolaters, and all liars shall have their part in the lake which burns with fire and brimstone, which is the second death. Revelation 21:8, NKJV

The Gospel of Matthew states the lake of fire was prepared and intended for demons, not humans.

41“Then He will also say to those on the left hand, ‘Depart from Me, you cursed, into the everlasting fire prepared for the devil and his angels Matthew 25:41, NKJV

The bible made clear what kind of book is it. It is intended for those who want eternal life. It is not a science,medicine, logic or history book. Many tend to forget this.

This post has already been read 510 times!The city is not yet inclined to open inter-regional public transportation to avoid