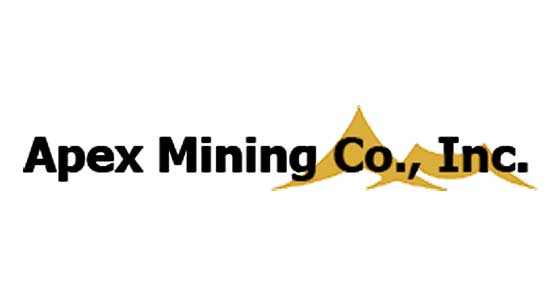 ITOGON, Benguet – Two local chief executives of some mining towns in the province lauded the Apex Mining Company, Inc. (AMCI), mother company of the Itogon Suyoc Resources, Inc., for its donation of a total of 400 antigen test kits to be used to help the local governments in their enhanced anti-Coronavirus Disease 2019 (COVID-19) response operations to control the spread of the deadly virus in their respective municipalities.

Mayor Victorio T. Palangdan expressed his gratitude to Apex Mining president and chief executive officer Louie R. Sarmiento for being mindful of the urgent needs of the municipality, especially in the early detection and screening of possible, suspected and probable cases in the mining communities, so that municipal officials and health authorities can implement the necessary strategies to prevent the spreading the virus in their places.

He stated the donation will surely go a long way in helping the municipal government in the enhanced implementation of the prevailing early detection and screening of COVID patients as most of the cases in the municipality are reportedly asymptomatic.

Earlier, AMCI Vice President for Geology and Exploration Engr. Eric Andal formally turned over to Municipal Administrator lawyer Noel Ngolob the initial 200 antigen test kits the company is donating to the local government for the former’s anti-COVID response operations to allow the health authorities to be guided in coming out with timely strategic decisions on the isolation of patients and the lockdown of areas with reported clustering of cases in the municipality, especially in mining communities.

Further, Andal also turned over to Mankayan Mayor Frenzel A. Ayong some 200 antigen test kits for the municipal government and the health authorities to use in the aggressive early detection and screening of possible, suspected and probable cases in the municipality.

Mayor Ayong claimed that the municipal government initially purchased a limited number of antigen kits purposely for the early detection and screening of suspected cases that allowed the health authorities to implement preventive measures that abated the spread of the virus in their communities.

According to him, the donated antigen test kits from Apex Mining will definitely help in further improving the municipal government’s early screening and detection efforts in the crowded areas so that possible, suspected and probable cases will be immediately isolated before they transmit the virus to their family members, relatives and the people living in their communities.

Ayong stipulated that if the municipal government was not able to detect the probable and suspected cases at the early stages of the infection, there would have been more cases in the locality that could have stressed the existing health and isolation facilities and overwhelmed the frontliners.

This post has already been read 2397 times!The city identified some twelve priority investment areas that are expected to contribute in efforts