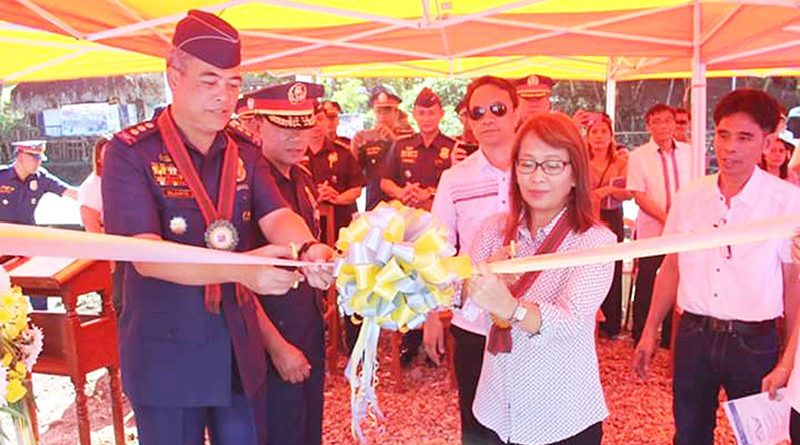 The building was funded by the Local Infrastructure Program (LIP) of 2017 through the initiative of Congw. Bulut-Begtang and was implemented by the AFDEO.

In her speech before the Apayao police force, Congw. Leah stressed the need to strengthen the capability of the police that they may be able to cope with the demands of a developing province. She said that Apayao is now being opened to more developments because of the road networks that now link the province to its neighbor provinces and regions; however, crimes may also increase with the pace of development.

Congw. Leah emphasized the need to be pro-active in crime prevention and crisis management. “To be pro-active means we have to be ready before crimes happen. We should not wait for crimes to happen and then solve the same after. We have to be prepared in preventing it. We need to strengthen our Information and Education Campaign (IEC) on crime prevention. We need to train more of our police force in SWAT,” she stressed.

Before ending her message, she enjoined the mayors to give their full support to the PNP because we can only call a province truly progressive and developed if it is also peaceful and orderly. She also reiterated the construction of a 5-hectare Provincial Police Office Compound and hopes that it will be the best Provincial Police Office in the far north.

Engineer Garde handed the certificate of acceptance of the project to Apayao Provincial Director PSSUPT Halog, Jr. who gave his acceptance message after. He thanked the people and officials behind the new SWAT building of PNP Apayao particularly the assistance provided by Governor Elias Bulut, Jr. and of the Office of the Congresswoman.

BY JESS CHRISTLEY A. MARQUEZ