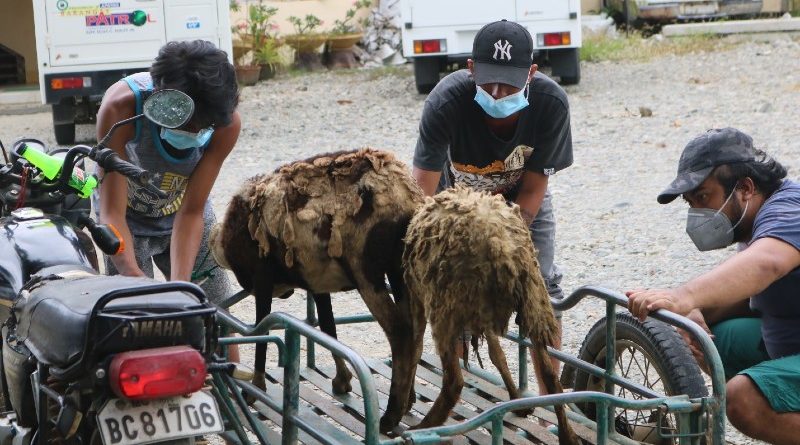 LUNA, Apayao – The Provincial Government of Apayao continues to distribute sheep to Batch 5, last year’s batch of the “Farmer Livestock School” being conducted by the Provincial Veterinary Office.

To date, a total of 33 sheep have already been awarded to successful completers, with another 17 to be awarded this coming week.

According to Provincial Veterinarian Dr. Ralph Verzon, each student who undergone rigorous seven-month training shall be receiving five (5) sheep. Dr. Verzon said he is grateful for the full support of Governor Eleanor C. Bulut-Begtang who vowed to continue the program which her brother Congressman Elias C. Bulut, Jr. started when he was then the Governor.

Gov. Leah in her message during the launching of the FLS last month lauded the strategy of this program which requires training before the dispersal of livestock to trained beneficiaries. She even contemplated if this technique could be replicated by other programs of the Provincial Government.

“This is a proper way to instill discipline to those who want to receive grants from the government as this would propel them to value what was given to them with an aim to become local producers afterwards for other Iapayao farmers,” the Governor stressed.

Hearing the success stories of the previous batches, many farmers expressed their interest to become part of the next batch. But because of the restrictions set by the guidelines under mass gathering in the light of COVID-19 crisis, the Provincial Veterinary Office limits participants for the FLS.

However, Dr. Verzon urges other willing farmers to visit the Provincial Veterinary Office at Payanan, San Gregorio, Luna, Apayao for their possible inclusion for next year’s Batch 7th, or may inquire at 09166806130. BY GERRIAHZON S. SEBASTIAN

This post has already been read 396 times!Member consumers of the Benguet Electric Cooperative (Beneco) should get used anew to