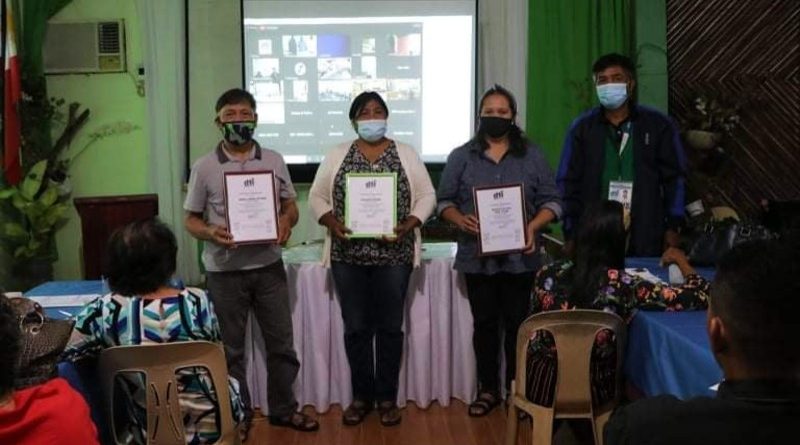 LUNA, Apayao -The provincial government of Apayao joined Department of Trade and Industry-Apayao Provincial Office and other national line agencies as well as civil society organizations in the virtual launching of the regional observance of the 2020 Consumer Welfare Month on October 7.

The main launching program was held at Holiday Inn in Baguio City, with contingents from the provinces and cities comprising the Cordillera Administrative Region participating virtually.

This year’s celebration with the theme “Sustainable Consumer in the New Normal” centers in the promotion of sustainable consumption in line with the impact of individuals’ need of goods and services in the light of the challenges brought about by the COVID-19 crisis.

Joining the provincial government and DTI-Apayao in the launching activity in Apayao held at the Star Jewel lodge despite heavy downpour included multi-purpose cooperatives, non-government organizations and representatives from the Department of Health, Department of Education and the Apayao State College.

“Despite the COVID-19 pandemic, DTI CAR has been steadfast in the implementation of our measures and programs to protect our consumers,” Sec. Lopez stressed as he challenged stakeholders to continue working together and “sustain the significant accomplishments during the ongoing pandemic”.

“Steady and strong as the Cordillera mountains, DTI CAR shows how to embody the motto, ‘serbisyong higit pa sa inaasahan,’ by making government service truly felt by the public, with or without pandemic,” he added.

The DTI Secretary also commended the unique version of Diskwento Caravan dubbed as “The Rolling Store,” a brainchild of DTI-CAR and Baguio City Mayor Benjamin Magalong in partnership with the Department of Agriculture, retailers and big groceries.

During the launching program, business partners in the region deemed most responsive to the needs of consumers amidst the threat of COVID-19 were given recognition.

In Apayao, Raja M. Store, Angelo-Julian Mini Store, Anne-Anne General Merchandise, Julian Store all from Sta. Marcela, Apayao were awarded Certificate of Recognition for addressing the needs of consumers through their participation in the Diskwento Caravan held last August.

The DTI Bagwis Award Program aims to give due recognition to establishments that uphold the rights of consumers and practice responsible business where consumers get the best value for money.

For his part DTI-Apayao Provincial Director Renie M. Ramos likewise commended the awardees and other business establishments and groups in the province, and enjoined their continued support to and participation in the various programs and initiatives of the DTI.

Banner photo: BUSINESS-PARTNERS. DTI Apayao Provincial Director Renie Ramos (extreme right) awards Certificates of Recognition during the launching of consumer month celebration on October 7 to stores and merchandises which have vital roles in addressing the needs of consumers in the light of COVID-19 crisis. BY GERRIAHZON S. SEBASTIAN