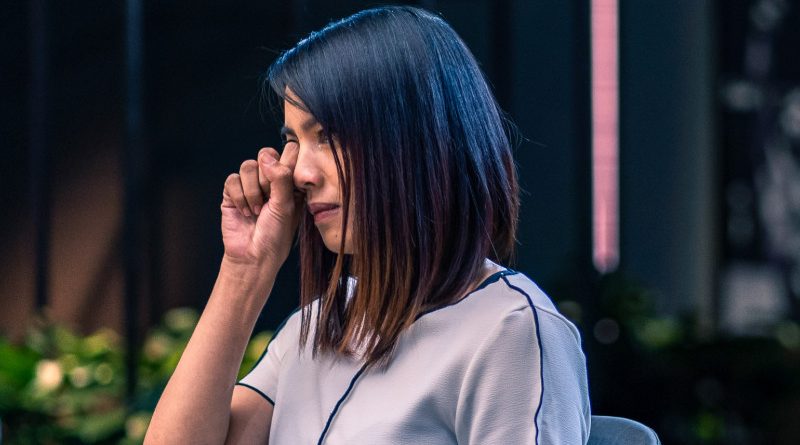 Pinay bet Lara Pearl Alvarez fought bravely in Episode 3 of in The Apprentice: ONE Championship Edition but fall short as she was send to the chopping block and was eliminated from the competition leaving Louie Sangalang the lone bearer for the Philippine flag for the rest of the competition.

ONE Championship chairman and CEO Chatri Sityodtong sent Alvarez packing home because she could not muster enough contributions for Team Valor due to suspect skill set for the competition, compounded by a move that showed her seemingly deserting her teammates in a critical stage of coming out with an output.

Campaigning alongside compatriot Louie Sangalang, Alvarez was part of Team Valor which excelled in the physical challenge but performed poorly in the boardroom.

Her elimination leaves Sangalang to continues his journey and gives pride to us Pinoys as he impresses with his pragmatic judgement, adaptability and never say die spirit.

Changing teams at the top of episode three, Alvarez hoped that a change of scenery would have helped her cause in The Apprentice: ONE Championship Edition.

“Being with Team Conquest, I felt like I am underappreciated. Now that I’m with Team Valor, it’s time to shine,” she sighed.

Unfortunately, the 24-year-old accountant from the Philippines could not sustain her drive, going once again behind the shadows and shying away when the opportunity presented itself.

That lack of conscientious effort proved to be costly for Alvarez from further participation in the high-stakes game of business competitions and physical challenges — all for the prize of a US$250,000 job offer to work as Sityodtong’s protégé at the ONE Championship Global Headquarters in Singapore for a year.

In hindsight, she certainly would’ve done it otherwise.

The scent of Team Valor’s victory in the physical task took long to wear off from Alvarez and she felt that as the newcomer, it was only right for her to pick her spots.

“I skipped for a bigger role because I’m still new and I just give my best in the class that is given to me,” she said when delegated to be the interviewer in her team’s marketing video for Golden Equator.

Soon though, her weaknesses manifested with teammate Teirra Kamolvattanavith, who’s a journalist-by-trade, being the first to notice it.

“I wanted to give Lara attempts to push herself so I let her be the interviewer,” she said. “But I noticed that Lara is a little shaky and I’m nervous that we’re not going to actually get the sound bites that we need. I really appreciate her determination, but I’m afraid Lara might have too limited of a skillset for this competition.”

Not helping Alvarez’ case was her low self-esteem, admitting to the rest of Team Valor of her subpar abilities that led to the rest of the team discounting her.

“When Lara came in, she was very specific about what she’s strong in. For specifically just research, I think she did a very good job on her front and she covered Clint (Tudor)’s scope as well,” assessed Irina Chadsey. “But she also said that creative, content, thinking, storytelling, PowerPoint is not her strong side so she cannot do it. Therefore, there will be no purpose, no value of her staying with us until 2 a.m. in the morning.”

Kamolvattanavith added, “[Lara] did try to contribute as much as possible and she did do a very good job presenting the information about entrepreneurs, but again, I think her skillset was so limited that it was hard to fit her into specific roles in terms of what I was doing, which was production and post-production.”

Feeling that the rest of her team got it in the bag, Alvarez made the grave mistake of taking the night off as the rest of Team Valor labored through the presentation — a move that didn’t sit well with Sityodtong.

“If you see your teammates working up to two in the morning and they’re still grinding it out, I would actually step up. There are no dreams that come true without obsession and hard work,” he said.

Safe to say, the judges were not pleased.

“This was a great opportunity [for Lara] to go into a team that, at least, comes across as way more optimistic, but she did not stand up for a big enough role,” observed ONE Senior Vice President of Corporate Development and Strategy Niharika Singh.

Chatri agreed, noting, “She has a very tough life as a struggling single mom and I feel for that. But at the same time, making excuses, going to sleep before your teammates, if I really put our standard of excellence on that, that just doesn’t meet the bar.”

That, ultimately, was the end of the road for Alvarez.

Meanwhile, the Philippines still has someone to latch its hopes to, with Sangalang still alive and kicking in the competition.

The 43-year-old procurement consultant, who already has a 1-0 record as project manager under his belt, once again threw himself at the forefront and stepped up in the swimming part of the physical task.

“As a former professional fighter, when you set yourself on fire, people want to watch you burn because now, you serve as the beacon of hope for everybody else,” he said.

His determination is one highly appreciated by the rest of Team Valor, one they could rally behind as they seek to bounce back and redeem themselves from losing the business challenge.