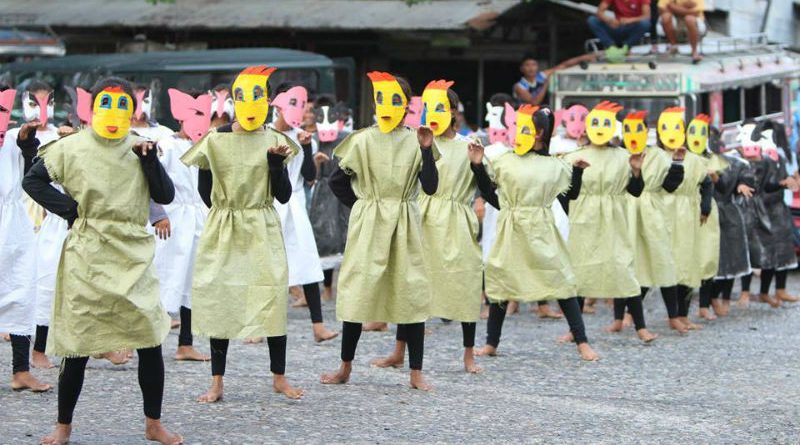 TABUK CITY, Kalinga – It will be all system go for this year’s celebration of the city’s 15st founding anniversary and the conduct of the 21th Matagoan Festival where simple but meaningful activities had been lined up by the local government for the said celebration.

Mayor Darwin C. Estran֮ero stated that organizers of this year’s events are eying Senator Imee Marcos as this year’s guest of honor and speaker during the celebration although the local government is willing to settle whoever will be available to grace the occasion as everyone is preparing for the oathtaking rites of national and local officials on June 30, 2022 or probably earlier.

The annual celebration of the city’s founding anniversary and the conduct of the Matagoan Festival has been in hiatus over the past 2 years because of the effect of the ongoing Coronavirus Disease 2019 (COVID-19) pandemic.

Mayor Estran֮ero claimed that local officials and organizers decided to keep this year’s celebration as simple as possible just to jumpstart the conduct of face to face gatherings under a controlled situation because of the sustained implementation of the health and safety protocols to prevent the occurrence of untoward incidents that might trigger another surge in cases that might affect the local health care system and unduly stress the frontliners.

He appealed to residents and visitors to understand the decision of the local government to keep the celebration simple to ensure that the prevailing health and safety protocols are strictly being observed by the people wanting to join the city for the celebration of its anniversary and the conduct of its major crowd drawing event.

“There are a lot of changes from the pre-pandemic line-up of events, but this comeback nevertheless promises to deliver a spectacular experience to Tabukeños and interested visitors who might be in the city during the conduct of the simple activities,” Estranero stressed.

The festival will formally start with the grand opening ceremony on June 22 dubbed as ‘cultural day’ which will be led by Mayor and other officials, and will feature cultural performances.

The Matagoan call or ‘ayag’ precedes the opening ceremony, and is followed by the ‘Matagoan run,’ in which participants will race while dressed in traditional Kalinga clothes. The cultural day will conclude with an indigenous music concert on the City Hall grounds.

The ‘agri-vet and cooperative day,’ on June 23, will include a dog walk, a pig-catching competition, a trade fair, ‘agri-lympics,’ and a skills and employment fair.

Due to time constraints, the street dance competition and the Miss Tabuk pageant will not be staged this year. The latter will be replaced by an equally fun showcase of beauty and culture the Matagoan Fashion show on the eve of June 23.

The most important day of the festival – the fifteenth anniversary of Tabuk City’s founding on June 24 – will be celebrated with a motorcade and float parade in the morning followed by the anniversary program which is expected to be graced by high-profile guests, a fellowship lunch, and a fellowship night with celebrity guests. The anniversary day will end with a fireworks display.

Apart from the festival week, the public can look forward to several pre-events including a bike fest on June 18, a trade fair and food bazaar from June 21 to June 30, and mobile PRC licensing activity on June 21.

The Matagoan Festival was first celebrated in June 2002. Matagoan is a reference to Tabuk City’s role as a ‘zone of life’ in the context of the ‘bodong’ (peace pact) system.

This post has already been read 3737 times!QUEZON, Nueva Vizcaya – Embattled indigenous peoples in this remote town are now