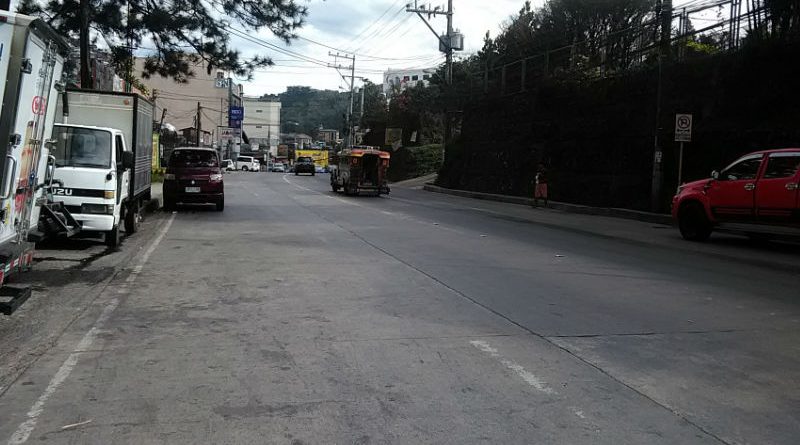 BAGUIO CITY  – The City Council approved a resolution requesting the Department of Public Works and Highways – Baguio City District Engineering office (DPWH-BCDEO) and the City Engineering Office to conduct an investigation, feasibility study, review or re-evaluation of the state of the accident-prone Bokawkan road and come out with the recommended solutions to prevent or cushion the impact of vehicular accidents happing along portions of the road line.

Further, the resolution also requested the Baguio City Police Office (BCPO to study the possibility of re-routing heavy trucks from traversing along the area and allow the said vehicles to ply Ferguson road and Magsaysay Avenue whenever possible.

Bokawkan or Buhagan Road is one of the busiest road network in the city where heavy trucks, heavy equipment and loaded trucks travers en route to their destinations in nearby areas in Benguet or in the lowlands.

The resolution stipulated that Bokawkan Road is the site of frequent vehicular accidents where loaded trucks suffer from mechanical trouble, particularly the loss of brake systems, and subsequently ram into electric poles that result to unscheduled power interruptions in most parts of the city,  as well as ram into motor vehicles inflicting serious damage to property, death and injuries to innocent individuals along the way.

From January to the present, the resolution noted that there were at least two major vehicular accidents along the Bokawkan road where heavy loaded trucks damaged and destroyed more than 20 motor vehicles, caused death and injuries to individuals, and resulted to the unscheduled power interruptions in most parts of the city significantly affecting businesses in most parts of the city.

The resolution asserted the need for concerned government agencies, in coordination with the local government, to conduct an investigation, feasibility study, review and re-evaluation of the state of the road line and formulate the appropriate recommendations on how to prevent the occurrence of similar incidents that pose serious threat to the safety of life and limb.

On the other hand, the BCPO must also formulate the needed recommendations on the possibility of re-touting the heavy trucks plying the said road to alternate routes such as the Ferguson road and Magsaysay Avenue.

For Magsaysay Avenue, the resolution recommended that heavy trucks will only be allowed to traverse the road line at night when there will lesser volume of vehicles travelling on the said area.

Among the common reasons of vehicular accidents that happen along Bokawkan Road is alleged loss of brake system of heavily loaded trucks.

The local legislative body expressed optimism the concerned agencies will immediately formulate their appropriate recommendations on the policies to be implemented along the road line to prevent future accidents.