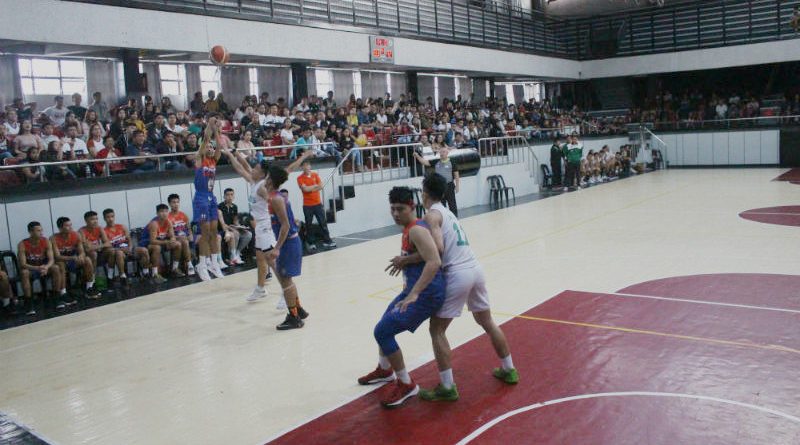 The Cordillera Career Development College (CCDC) Admirals are on the verge of securing a top two seeding in the basketball eliminations of the 33rd Baguio-Benguet Educational Athletic League (BBEAL) as it dealt the Saint Louis University (SLU) Navigators a second straight lopsided loss, 91-56, on Sunday, October 27 at their home floor.

CCDC also routed their hometown neighbor Benguet State University (BSU) Wild Cats, 103-67, the day before to raise their record to 5-2 and knotted the count with their victim in the team standings.

The victories also allowed them to secure the win-over-the-other advantage in case of a tie with SLU. The Admirals will also have the edge in quotient in case of a triple with SLU and the University of the Cordilleras (UC) Jaguars due to their just seven point loss to the Jags last October 20.

The Jaguars are also sporting 5-2 going to yesterday’s games after absorbing their second loss in the tournament from the University of Baguio (UB) Cardinals, 84-57, also last Sunday.

The Admirals end their elimination round against the defending champion Cardinals next week.

A win by the Admirals will send the semis to its usual 1 vs 4, 2 vs 3 format while a win by the Cardinals sends them outright to the finals, leaving the Admirals, Navigators, Atoms and Jaguars to dispute the remaining slot in a ladder type format.