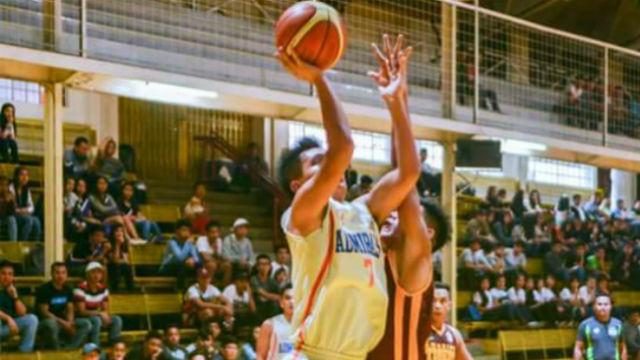 LA TRINIDAD, Benguet – The Cordillera Career Development College (CCDC) Admirals got off their 2017 to a rousing start as they blow out the Kings College of the Philippines (KCP) Amazing Tigers, 114-74, last October 21, 2017 at home to open hostilities for the 2017-18 Baguio-Benguet Athletic League (BBEAL).

The Buyagan, La Trinidad-based Admirals did not disappoint their home crowd as they never gave their neighbors a chance to make the match close as they broke away early, marching to the eventual final 40-point victory to the delight of their cheerers, including CCDC top honcho James Malaya.

It is also a rousing start for new head coach Butch Diaz and former Admiral Del Finrie Atinyao, who was recently appointed as assistant coach for the men and head coach for the distaff side. Diaz will be taking over the Admiral coaching duties from Kurt Wendel Panagan.

It will be recalled that Panagan held the reigns for the Admirals for the last three years, from 2014-2016. Under his watch, the Admirals made the BBEAL final four in each of his three year tenure, including a finals appearance in 2015 where they forfeited the championship series to the University of Baguio (UB) Cardinals.

According to CCDC mainstay and vice captain Nestor Cuilan, Jr, while the win boosted the Admirals’ confidence, they also know it is only one game and the season has still a long way to go that the victory does not yet do them much.

Cuilan acknowledged they have are yet to test the other teams which are stronger than the Tigers. He also said the Admirals are not as formidable as in the previous years, considering that a lot of their last year’s roster already graduated, but are still going to play their hearts out. “The ball is round. Even though our key players graduated, that doesn’t prevent us to dish our best efforts”, he said.

He also noted that they are adjusting to their new coach’s systems and game plans. “We are still unpredictable this year” he ended.

Such unpredictability might just be a surprise to their opponents in the league’s upcoming games.