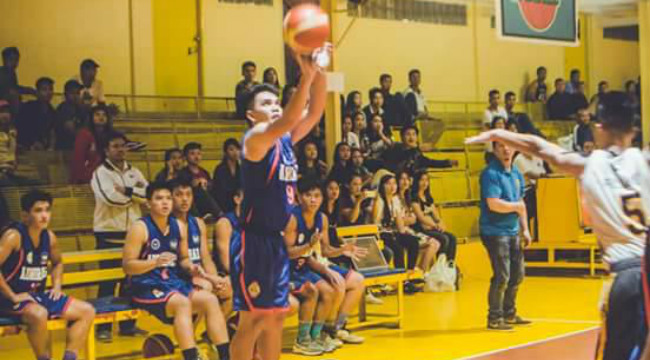 Paul John Narvaez scored a tying trey while Nestor Cuilan, Jr., who topscored for the Admirals, made the go-ahead basket to raise their record and tie the Philippine Military Academy (PMA) Cavaliers at 3-1 while sinking the Atoms to 2-1.

The Atoms routed the Kings College of the Philippines Amazing Tigers, 110-84, two days after for the triple tie.

The Atoms got off to a great start, racing to a seven point lead early in the first but Cuilan capped a 7-0 counter run by the Admirals with a three-point play to ignite a see-saw battle all-game long.

The Atoms were still leading by three, 58-55, late in the fourth when the Admirals made their move.

Paul Balagot and Narvaez fired a triple each to anchor a 6-3 run and knot the count at 61-all. Cuilan then converted a twinner to give the Admirals the lead, just over a minute left in the game.

Kram William Domingo was sent to the line for a chance to tie but could only nail one of his two freebies.

Cuilan then feed Manuel Felix on an inbounds play to force the Atoms to foul, six second left. Felix split his charities for the two point lead, 64-62.

Felix completed the comeback by stealing the ball on BCT’s final attempt to tie the game and held to it as time expired.

Cuilan led the Admirals 19 points. Backing him up are Narvaez with 17, Felix with 15 and Balagot with 7. Reynil Amargo led BCT with 18 points.