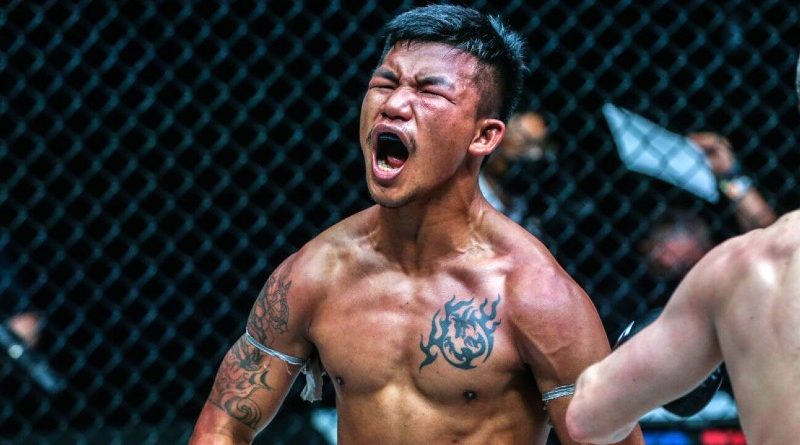 Thai striking superstar Rodtang “The Iron Man” Jitmuangnon clearly heard Lito “Thunder Kid” Adiwang. He’s not shying away from a match that would likely see one of them get knocked out. It’s now up to ONE Championship if this match indeed happens.

The interesting challenge started when Team Lakay’s Adiwang called “The Iron Man” out and challenged him to a pure striking match.

You see, Rodtang and Adiwang are two of the most destructive strikers in the entire promotion, so a showdown would undoubtedly be an action-packed affair.

Rodtang is the reigning ONE Flyweight Muay Thai World Champion and has dominated the opposition since he joined ONE Super Series in 2018.

The Thai megastar has been unstoppable in ONE Super Series, racking up a flawless 10-0 record across Muay Thai and kickboxing.

Adiwang is campaigning as a strawweight in MMA. He is not fazed with Rodtang’s unprecedented success and is ready to switch disciplines just to face the Jitmuangnon Gym standout and beat him at his own game.

Rodtang responded recently to Adiwang’s call out and says he’s open to meeting the Filipino fighting sensation in the ring.

“If Lito thinks he has some tricks to beat me, then I welcome him to meet me,” Rodtang told ONE Championship in a recent video interview.

He put a caveat on the match though: “It depends on the weight, whether he will come up in weight or if I will go down.” said Rodtang.

Rodtang’s come-forward style has enamored fans as he’s rarely met a serious challenge in the ring, practically obliterating anyone he’s been paired with.

Adiwang, however, feels he matches up well with the Thai star, and Rodtang agrees. “The Iron Man” believes it may even be a close fight that will end inside the distance.

“I think Lito’s fighting style is similar to mine. We are both fast and explosive. His striking is quite good, to be honest. I think it’s going to be an exciting fight if we face each other in the ring,” Rodtang said.

“Since we both have the same striking style, and we both walk forward, if anyone makes a mistake, he’s going to get knocked out for sure.”

The potential fight has drawn a lot of buzz among fans of both camps. The idea of a mixed martial arts athlete crossing over to the all-striking ONE Super Series is incredibly appealing.

Rodtang, however, isn’t ruling out a move to mixed martial arts himself. “Whether it’s Muay Thai or kickboxing, I’m always open to the idea,” Rodtang said.

“If it’s going to be in MMA, I would need at least a year before competing. I want to make sure I have all the necessary skills. I’ve trained in MMA before, but I need more training.” he ended.

Rodtang compiled 267 Wins, 42 Losses, 10 Draws during his Muay Thai career. He has yet to fight in an MMA bout. He successfully defended his title against Danial Williams during ONE on TNT 1 last April 7.

Adiwang is 12-3-0 in MMA. His most recent fight occurred during ONE: Unbreakable last January 22 where he outlasted Namiki Kawahara for a unanimous decision win.

This post has already been read 4916 times!The city is looking for a private entity that is willing to partner