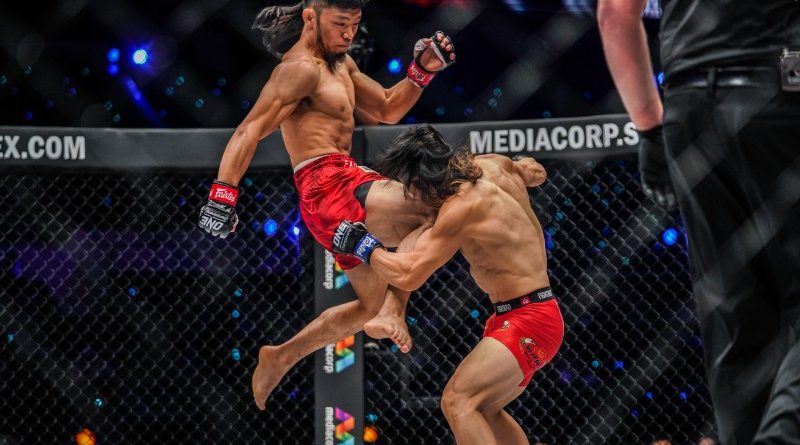 But brash new ONE signee Jarred “The Monkey God” Brooks has apparently struck a chord with the Igorot warriors that Lito “Thunder Kid” Adiwang couldn’t help but fight fire with fire and respond to his trash talk.

The American wasn’t shy in directing his verbal attacks at reigning ONE Strawweight World Champion Joshua “The Passion” Pacio the moment he arrived at the ONE Championship scene, telling the Filipino titleholder he would “rip him apart” and show he’s the undisputed best strawweight in the world.

As if that wasn’t enough, Brooks is trying take his trashtalking act further by stirring the calm waters of  Team Lakay brotherhood, injecting possible dislike and competition between the two brothers.

“And Lito and Josh are great on the feet but I think Lito is a little bit better on feet than Josh” said Brooks in a recent interview.

As fate have it, it is proverbial Adiwang gets the draw to face Brooks for his promotional debut.

“I think he’s just an unlucky guy who talks and acts like a monkey. I guess that’s why he calls himself ‘The Monkey God’ because he will try to bluff and get in his opponents’ head before the fight and that’s really all he could do,” Adiwang said.

Brooks, who is carrying a 16-2 record, pointed out that MMA is a game of inches and as far as the jiu-jitsu and wrestling aspect are concerned, it seems like Adiwang was catching up very quickly compared to Pacio.

These statements made Adiwang just look forward more to their strawweight clash at ONE: NEXTGEN III, a tape-delayed event from Singapore that airs on November 26, 2021.

For Adiwang, this fight is all about earning respect and he can’t wait to put the American in his place.

Adiwang has said multiple times in the past that he doesn’t want to fight Pacio. He even gave a description of himself as an opponent tester for any contender for Pacio’s crown.

“I respect my team. I look on Joshua as my younger brother and if it’s his time, it’s his time,” Adiwang emphatically said during the Hexigetu post-fight interview. “I’m trying to screen out who’s the next tough challenger for him. So if they get past me, then at least we helped each other because we saw the strengths and weaknesses of whoever gets past me.”

Adiwang, who holds an equally impressive 13-3 record, was grateful for Brooks’ opinion but is ready to take on his self-proclaimed role and also show what Asian strawweight MMA practitioners are capable of.

“I am ready to humble him and show him that the lions in this division eat monkeys like him for breakfast,” the 28-year-old Baguio-based fighter said.

This fight between the ONE Super Series contract winner and the Fight Matrix Strawweight Lineal Champion is actually one that is seven months in the making, that was until Adiwang tested positive for COVID-19 and forced the bout’s cancellation.

Since then, the Filipino rising star has come back stronger, besting Chinese foe Hexigetu at ONE: REVOLUTION back in September with a dominant unanimous decision triumph as he has won nine of his last 10 fights.

Now, Adiwang can turn his attention back to Brooks as he also seeks to unveil his continued development in his gradual ascent in the strawweight division.

“I’ve improved from my last fight. I think that I’m a smarter, stronger, and tougher fighter now who’s ready to continue winning in the strawweight division,” he said.

“The cancellation of our original match, I think, is also a blessing in disguise as it gave me more time to study his style and check on his strengths and weaknesses. With those in mind, I think I can accomplish my goals when I fight him and that is to humble him inside the ONE Circle,” he said.

Aside from this heated strawweight showdown between Adiwang and Brooks, ONE: NEXTGEN III will also see the return of former ONE Bantamweight Kickboxing World Champion Alaverdi Ramazanov as he fights Pongsiri PK.Saenchai Muaythaigym in a hard hitting Muay Thai co-main event.

By: Armando M. Bolislis with ONE Championship