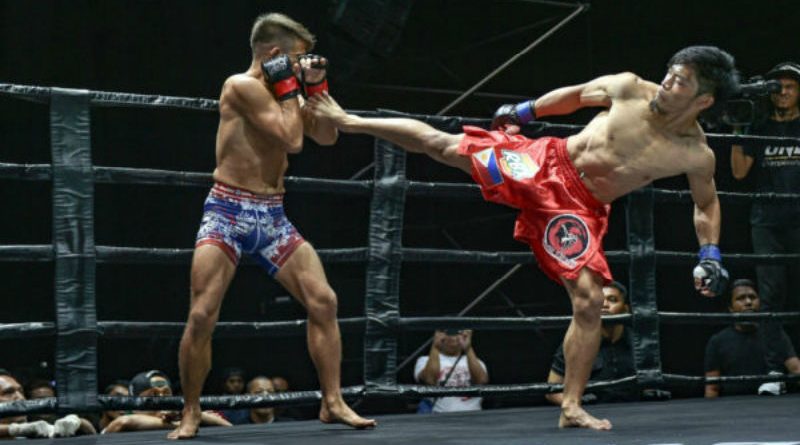 Lito Adiwang and four other Filipinos are scheduled to fight this Tuesday, August 6, 2019, in Singapore during the ONE Warrior Series 7 event.

Adiwang is set to headline the main bout that will feature him as one of the most explosive additions to the One Warrior Series roster and a newcomer from one of the most respected training camps in the world.

Adiwang is coming off two impressive victories and will try to further endear himself to MMA fans as one of the world’s top strawweight prospects.

Adiwang stunned Manuel Huerta with a first-round knockout on October 2018 and followed it up with a knockout victory over Alberto Correia in just 45 seconds last February.

He currently sports a 8-2 MMA fight record, all wins coming via abbreviated finishes. Five of his wins came due to knockouts while three were due to submissions. He is gunning for his third straight win under the ONE promotion.

He will, however, face the toughest test of his career in Vietnam’s Anthony “The Antidote” Do, who trains out of American Kickboxing Academy in California, U.S.A. – home to multiple mixed martial arts World Champions.

Do has claimed six of his seven career victories by stoppage, and one more would make a huge statement in his first OWS outing.

Bangguigui delivered a huge knockout against Susovan Ghosh in his ONE debut, putting the Indian away by a punch in round two of their straweight mixed martial arts. He will be up against Adiwang’s latest victim Correia in his second ONE bout.

Olsim is coming of a unanimous decision victory against Claudia Diaz last October 2018. She is to square off against Australian Caitlin McEwen, who is also sporting an almost similar 4-1-0 record.

Bandiwan lost two bouts last year but started this year with a TKO win against Muhammad Arif Izzudin on the advice of the doctor. He will be up against Muhammad Adib Sulaiman, who sports a 2-1-0 record, all in the ONE Warrior Series.

Lastly, Albindo, from Cebu, tries to turn his fortunes around after losing his debut just this May, dropping a unanimous decision loss to Indian Manthan Rane in their straweight mixed martial arts bout at ONE Warrior Series 6. He will be up against Izzudin, the last victim of Bandiwan.

A total of 30 athletes will compete across 15 bouts to try make the jump to the global stage if they can impress ONE Vice President Rich Franklin and his team.

The ONE Warrior Series is part of a search for MMA fighters who can be offered a $100,000 contract and a spot on the ONE Championship roster.