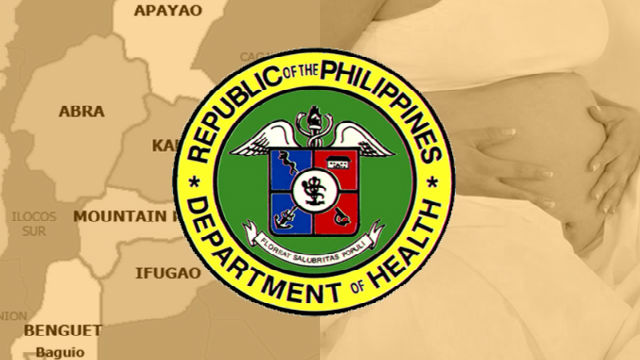 BAGUIO CITY  – The Cordillera office of the Department of Health (DOH-CAR) reported a twenty percent decline in acute bloody diarrhea cases for the first twenty-one weeks of 2017 with 676 cases regionwide compared to the 847 cases recorded during the same period last year.

Of the total number of reported acute diarrhea cases, she revealed there were 334 female, 50.7 percent of the reported cases, and the age range of the patients is from 2 months to 98 years old with a median of 8 years old. The DOH-CAR official underscored what is relevant about the report of the Regional Epidemiology and Surveillance Unit is the absence of recorded deaths from the number of acute bloody diarrhea cases regionwide.

For weeks 18-21, Pangilinan claimed there were 72 acute bloody diarrhea suspects that were reported by the different provincial epidemiology and surveillance units and it was a 57 percent decrease compared to the same period last year.

She added the cases were from Benguet and Ifugao with 23 cases each; Baguio – 12 cases; Mountain Province – 7 cases; Kalinga – 3 cases and non-CAR provinces – 2 cases with males accounting for 37 cases with an age range of 6 months to 76 years old with a median of 6 years old.

According to her, there were clustering of cases that were noted in some of the provinces and most of the stool examinations revealed the presence of Entamoeba (E.) histolytica.

Pangilinan explained acute bloody diarrhea is potentially a sign of invasive enteric infection that carries a substantial risk of serious morbidity and death, especially in children in developing countries and it can be due to campylobacter, salmonella, shigella, E. coli, E. histolytica and other organisms.

She claimed in the region, it was noted that most cases are found to be caused by Entamoeba histolytica and Escherichia coli.

Pangilinan emphasized blood in the stools for most of the cases were caused by E. histolytica and preventive measures include the boiling of drinking water, proper washing of fruits and vegetables, the practice of proper hand hygiene and environmental sanitation.

She rallied residents in rural and urban areas in the region to make sure that they adhere to the appropriate health standards of living to prevent them from contracting the life-threatening diseases that might compromise their living condition, saying that once individuals are affected with such illnesses, they must immediately visit the nearest health facility in their place to seek proper medication.