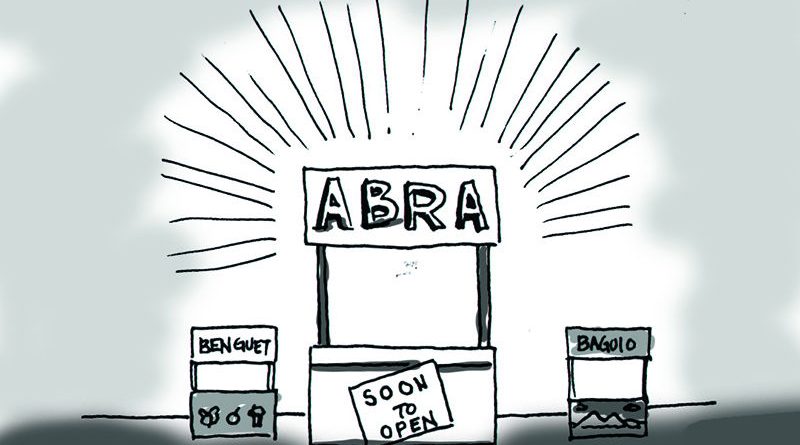 The Cordillera has been identified as one of the premier ecotourist destinations in the country, thanks to its God-given beauty that is being patronized by for eign and domestic visitors wanting to explore the beauty of nature in various parts of the world. Tourism is the best industry that will be instrumental in spurring economic growth in a region rich in beautiful spots that need not to be developed but instead properly maintained to sustain the God-given beauty of nature. Each of the region’s localities have their own distinct identity that serves as a natural pull for people to frequent the region and contribute in creating jobs for the people, increasing economic activities and sources of livelihood of the people.

Baguio City is known as the Summer Capital of the Philippines because of its cool and romantic weather, pine-scented air and scenic tourist spots. Benguet is called as the Salad Bowl of the Philippines because of the vast tracks of agricultural farms and the source of over 80 percent of the highland vegetables being circulated in the country. Ifugao has been known to be the host of the scenic rice terraces which earned the title as the Eight Wonder of the World while Kalinga is known to be the white rafting capital of the country because of the existence of the mighty Chico river that serves as the venue for the white rafting activity, especially of foreigners. Mountain Province serves as the host of the Sagada caves and man-made rice terraces in other towns aside from the majestic and towering mountains that continue to attract the influx of visitors while Apayao is now aggressive in promoting its own ecotourism destinations such as the Lussoc caves and the Marag Valley, the former stronghold of the New Peoples Army (NPA) and now a scenic destination in the province.

Abra is now aggressively working on its own comprehensive tourism master development plan to maximize its scenic waterfalls, rice terraces, hot springs, culture and heritage and the peace-loving people of the province. Incumbent local officials want to sustain the gains of the previous administration in terms of peace and order in order to eventually erase the bad image that was tainted of the province because of its dark experience due to decades of violence that have resulted to the untimely demise of innocent politicians and their supporters. Gov. Maria Jocelyn Bernos was right in embracing the direction of aggressively working on a short, medium and long-term tourism development plan that will lead to the equal promotion of tourist destinations that will serve as the province’s economic driver in the future, thus, the need for concerne4d stakeholders to support the right direction being followed by the present batch of leaders to change the image of Abra.

We wish the local leaders of Abra the best of luck in their endeavour to depict a new image for the province. Certainly, the province needs proactive and resilient leaders who will be able to bring Abra to greater heights in the future, thus, we suggest that to be able to start it right, former and incumbent officials must have the political will to kiss and make up for the welfare of the people who had been longing for real change and lasting peace.

We appreciate the desire of local leaders to start working with the concerned stakeholders in the 27 municipalities because they have opened the communication lines for everyone to start dealing with the situation with passion and sincerity. The change that Abra leaders had been longing for should start in themselves as they  should lead by example because the eyes of the people are on them. If nothing happens to the desire of the present administration to embrace inclusive growth for everyone, Abra will continue to remain stagnant in its present condition.

Abra is an inter-play of highland and lowland culture, thus, there must be sustained efforts for consolidation to be able to achieve realistic change. Aside from banking on the assistance to be extended by the concerned government agencies, especially on infrastructure, health, agriculture and tourism, local leaders must embark on a sustainable network, locally and internationally, so that there will be fluidity in the influx of the needed assistance, technical or financial, that will bring forth growth and development in the countryside.

Let us help Abra leaders achieve their vision for the province by being their active partners in bringing for change and development. Let us not only be fence sitters but we must be their vocal partners that will guide them through their desire to subsequently reverse the bad image of the province into an image worth being proud of in the future. Let us be the partners of the officials in aggressively promoting the identified tourist destinations worthy of visiting to help attract the influx of foreign and domestic visitors willing to spend and explore new things for themselves and be part of Abra’s projected tourism boom within the near future.