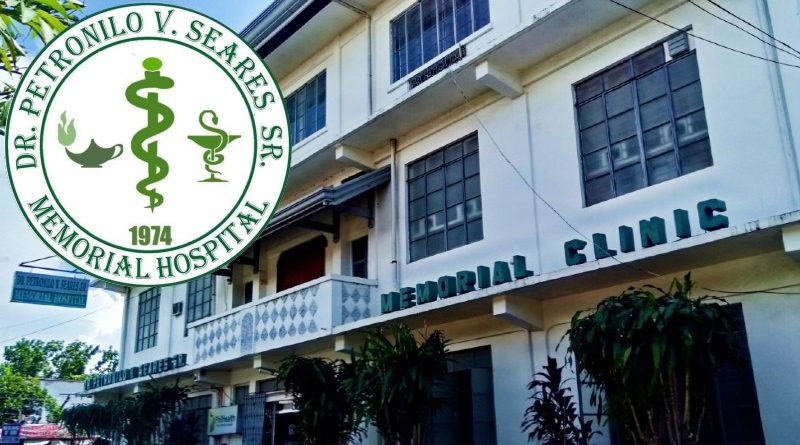 BAGUIO CITY – Administrators of the Dr. Petronillo V. Seares Sr., Memorial Hospital in Abra, the oldest private-run health facility in the province, are asking provincial leaders to lift the medical facility’s “lockdown” and let them join the battle against COVID-19.

The hospital, established on March 16, 1974, was shut down on June 5, after a spike of COVID-19 cases in Abra which were unfairly attributed to alleged breaches in the said medical facility.

Hospital representative Dr. Voltaire Seares though not directly suspecting old political rivalry might have taken the province’s battle against COVID-19 for a ride said, “we want to believe that the hospitals lockdown is not politically motivated.   We want to believe that our current leaders are capable and responsive, willing to listen to constituents, willing to forget political affiliations, especially during this time of crisis, all for the benefit of the Abreños.”

“The hospital is an essential service and it will be a great disservice to the people of Abra if we won’t help them fight this pandemic.”

He reiterated, “This is not the time for politics. Our family’s old tradition of wielding the Hippocratic Oath to heal the sick is deep in us and we remain to willingly join the province’s fight against the disease.”

After two months being COVID-19 free, Abra recorded its fourth case on June 5, with its first medical front liner to be infected with the dreaded virus– a 32 year old female nurse (AC4) from the Seares Memorial Hospital – prompting Gov. Bernos to place the whole hospital on lockdown.

“AC5” is from Bucloc town but is assigned in Licuan-Baay town. She accordingly visited her grandmother at the Seares Memorial Hospital resulting to her being one of the close contacts of “AC4”.

But according to Dr. Seares, AC4 who remains isolated in their hospital’s isolation room has undergone another round of test and turned out negative, bewailing how the hospital is being pinpointed as the source of COVID-19 infection.

The medical doctor raised, “What is the purpose of total lockdown if there is no mass testing?  How come other hospitals all over the world are operating inspite of having patients in their hospitals?”  It appears, he added that the (Seares Memorial Hospital) is being blamed although contact tracing shows that some of the cases who tested positive also visited other establishments and hospitals.