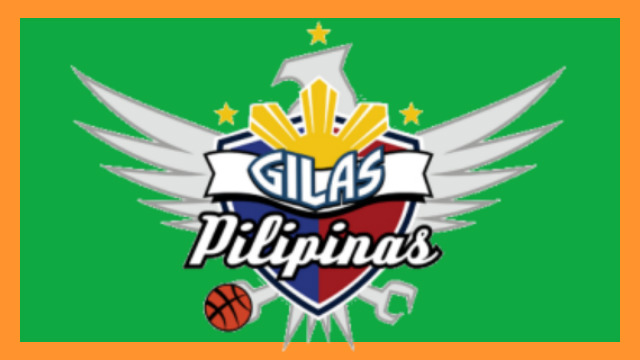 Making it to the hoop international arena had been our problem although a breakthrough might be just in the horizon. Our Gilas Team is moving on the right direction while the Bobby Ray Parks saga is still alive.

Basketball has been longtime a favorite passion and pastime of our country. It has claimed the title national pastime, albeit unofficially. However, a lot of our fellow countrymen and foreigners commented that it should not be such because we can never excel internationally in this sport being generally too short for the game compared with the western region. Rightfully or not, this sport has, is, and will be commanding a huge following.

Whenever our Philippine Basketball Team goes to battle for glory, issues regarding its long-term formation and maintenance often crops out. They are often perceived to be a permanent, perennial, and recurring problem and the stakeholders are always at odds on the supposed solution.

The government, represented by the Samahang Basketbol ng Pilipinas (SBP), often says the Philippines should send a selection from the best of the best in the Philippine Basketball Association (PBA) while the PBA often disagrees by saying the SBP should not pick the selection when the tournament is right around the corner and instead find a “long term” solution. The PBA, however, has yet to suggest how to permanently assemble the best selection from its players to represent our country.

Thing is, the Filipinos’ shortness and lack of athleticism were not the main factors why we were not in the running for an Olympic berth.

Just look at our performance in the Olympics prior to the establishment of the PBA. In the eight stagings of the summer Olympics, we only missed the 1963 games, partly because of a political mess that forced us to play in a pre-olympic qualifier which we bungled.

During the seven times that we qualified, we were able to secure 5th place once, 7th place once and 9th place once. The 5th place finish in the 1936 summer games was the highest ever by an Asian team in the Olympics. Filipinos were not taller then and they are not definitely smaller now. We have been generally consistent, height-wise.

It is proven during numerous times before and now that we can stay abreast with the rest of the world even if we are generally around 5’6”.

After 1975, the establishment of the PBA, we were never close to reach the summer games in basketball. The change of rules finally allowing Pros to participate in the game did not alter anything for us. It was beneficial for the US but not for the Philippines, although this story is for another day.

I believe the main reason why we did not qualify for the Olympics from 1976 to this day is because we lost our best players to the PBA and commercialization. And the sad part is we did not do enough to remedy this situation to be noticed in the international arena.

Playing professional basketball in the Philippines is a very lucrative career financially. However, the material reward is greatly dependent on health rather than on character. That is why majority of the talented players are not at all sold out for playing for the country because the risk of injuries surfaces.

Notwithstanding the seemingly unpatriotic result of this commercialization, it is hardly moral to blame the player who refuses to represent our country in international competitions. When the opportunity to earn big bucks just by simply playing a game that one loves, it would be downright foolish to take a risk to jeopardize this chance.

Take at a brief look at memory lane on Paul George’s case. No matter how small the chances are, his freak accident resulting to a season-ending injury came because he practiced for Team USA who does not pay his salary. The Indiana Pacers do. It could have been worse. If the injury became so severe that it renders him no longer able to play, Indiana nor Team USA is not also obligated to pay him his salary. And I think that’s why even non-Pacers fans are rooting for him to recover fully and get back to previous form.

Playing for one’s country is far more complicated than the way it looks. How could a topnotch Filipino cager take chances to threaten his big payday to get out of poverty by playing for the country when the government could hardly compensate for the amounts supposed to be earned during the course of his career? It is simply absurd.