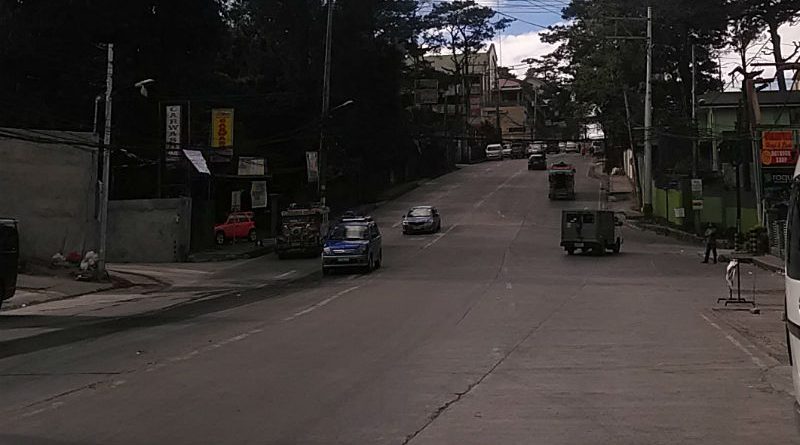 BAGUIO CITY – The City Council asked the Baguio City Police Office-Traffic Management Unit to implement a 90-day traffic rerouting experiment for heavy trucks along Buhagan more popularly known as Bokawkan Road in an effort to prevent the occurrence of more accidents in the area.

In Resolution No. 164 series 2018, the body said there is a need to reroute heavy delivery trucks and transporters and heavy equipment or duty or load vehicles such as six wheelers and above cargo trucks traversing Buhagan in view of the numerous accidents recorded in the area involving trucks traversing either downward or upward the road causing damage to properties and injuries.

The Body noted that the accidents were caused either by mechanical failure or driver’s error due to unfamiliarity with the terrain or overloading.

“It is about time to take immediate action to curb a ‘clear and present danger’ brought about by the unregulated and unsupervised travel of said vehicles,” the aldermen noted.

They said they expect that initially, “the rerouting would cause inconvenience to motorists and commuters plying the Magsaysay Road and Ferguson Road (but) the general welfare of the people would far outweigh the former.”

They asked the BCPO-TMU to direct the passage of the said vehicles to traverse (going-up and going down) Magsaysay Road instead of Buhagan Road from 9 p.m. until 5 a.m.

The subject vehicles would be diverted to Ferguson Road 9 a.m. until 4 p.m.

The BCPO-TMU to also consider Buhagan Road as one-way going up for vehicles of such kind from 9 a.m. to 4 p.m.

The BCPO-TMU was asked to submit to the City Council a written report or evaluation relative to the rerouting scheme 15 days after the experimental period.

“If the BCPO-TMU shall find the experiment to be necessary, reasonable and viable solution to the present dilemma, then make the rerouting permanent,” the resolution noted.