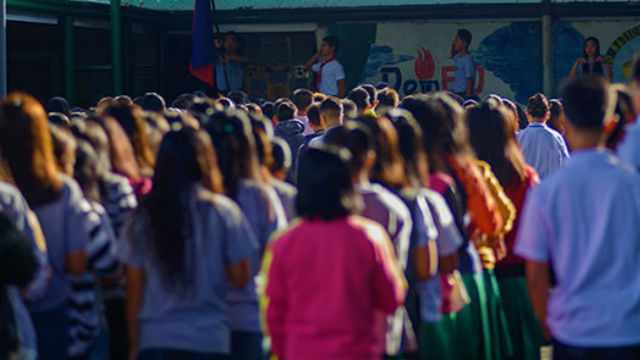 BAGUIO CITY – Some eight hundred sixty-three public elementary and high schools in the different parts of the Cordillera are now implementing the limited face to face classes as part of the ongoing transition to the new normal education.

Dr. Florante Vergara, assistant regional director of the Cordillera office of the Department of Education, stated that of the schools that are currently implementing face to face classes, 678 are elementary schools, 162 are secondary schools and 23 are integrated schools.

He claimed that there are some 109,568 enrollees in the said schools who are now participating in the implementation of the limited face to face classes which had already been allowed by the inter-agency task force for the management of emerging infectious diseases.

Of the schools that are currently implementing face to face classes, 267 are in Mountain Province, 265 are in Benguet, 207 are in Ifugao, 61 are in Tabuk City, 48 are in Kalinga, 8 are in Apayao, 5 are in Abra while 2 are in Baguio |City.

Earlier, there were some 1,163 schools in the different parts of the region that have been allowed by the education department to implement the limited face to face classes after having passed the School Safety Assessment Tool (SSAT).

Vergara pointed out that the resumption of the in person limited face to face classes was done in close coordination with the different local governments that gave their support and consent for the same that is why the said schools were allowed to pursue the implementation of face to face classes.

The education official expressed the agency’s gratitude to the local officials for their exemplary support to the agency’s bid to resume the in person face to face classes as part of the ongoing efforts of the government to transition to the implementation of the new normal education.

According to him, barangays that are hosting the schools that have ongoing limited face to face classes also play an important role in the said transition because of the presence of barangay tanods in the gates of the schools to guide the students in going to their classrooms and in complying with the implementation of the minimum health standards to prevent the occurrence of untoward incidents that might cause future surges in cases.

The education department is continuously coordinating with various local governments in the region to allow other schools that have already complied with the SSAT to start their respective in person limited face to face classes as the present school year is still on its 3rd term as the school year will end in June.

Each of the schools are mandated to maintain a triage that will be supplied with alcohol and masks that will be used by the students and school personnel for triaging before being allowed to enter their classrooms.

27       27SharesThis post has already been read 1759 times!35 individuals wanted by the law were arrested in a week-long intensified manhunt