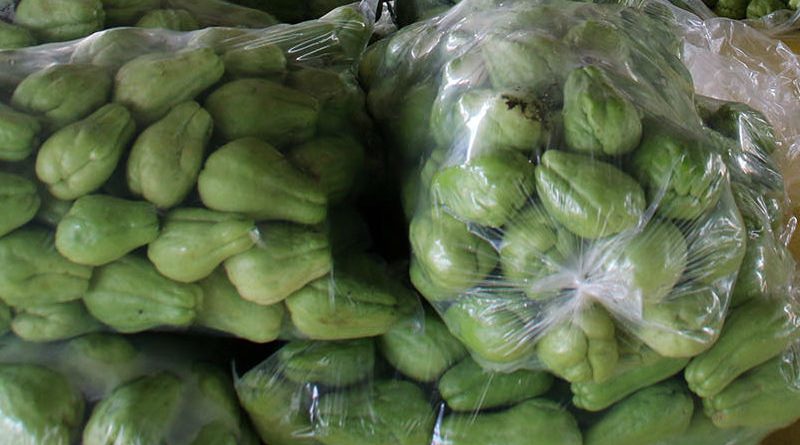 BAGUIO CITY– Some eighty-two sayote growers from three barangays in the city were reportedly affected by the oversupply of the crop three weeks ago which caused a significant decline in their potential income from the sale of their produce.

Based on the assessment and validation conducted by the personnel of the City Veterinary Office’s agriculture division, the affected production area of the sayote farmers from Barangays Irisan, Pinsao and Sto. Tomas Central reached over 10 hectares producing over 16,566 kilos of sayote every 5 days.

The report added that the buying price of sayote reached as low as P1 per kilo while P5 per kilo would guarantee a decent income for them.

The city government is currently conducting an inventory of the total number of sayote farmers in the different parts of the city to ascertain the volume of their produce and to have a database of who will be provided with the appropriate assistance from concerned government agencies and the city in case of oversupply of the crop that will drop the price to levels which will adversely affect the income of producers.

Further, the sayote farmers are directly dealing with middle traders or disposers in the city public market who buy their produce at low prices, aggregate these and then sell to city traders and outsider at much higher buying prices.

Sayote is one of the less perishable agricultural crops produced in Baguio and Benguet thriving best in a semi-temperate weather like the highly-elevated areas in the Cordillera.

The affected farmers appealed to the city government to fix the buying price of sayote and other cash crops produced in the city to ensure that oversupply will not take its toll on them but city officials believe that the pricing of commodities must be left to the law of supply and demand, except for prime and basic commodities that have suggested retail prices fixed by concerned government agencies.

On the other hand, the city government will closely coordinate with the Cordillera office of the Department of Science and Technology (DOST-CAR) to conduct a research on appropriate technologies and machinery that can be used to produce sayote chips and other products of the crop to increase its added value.

The agriculture department will continue to closely monitor the activities of city agriculture industry stakeholders to identify promptly issues and concerns related to their production, marketing and packaging to be addressed by the concerned government agencies and the offices of the city government to help uplift the status of sayote growers among other similarly situated stakeholders.

Sayote is one of the favourite crops being purchased by visitors who frequently visits the city because it can be transported without much damage.

5     5SharesThis post has already been read 1616 times!The only Filipino participant in ONE’s return to competitive matches couldn’t come up