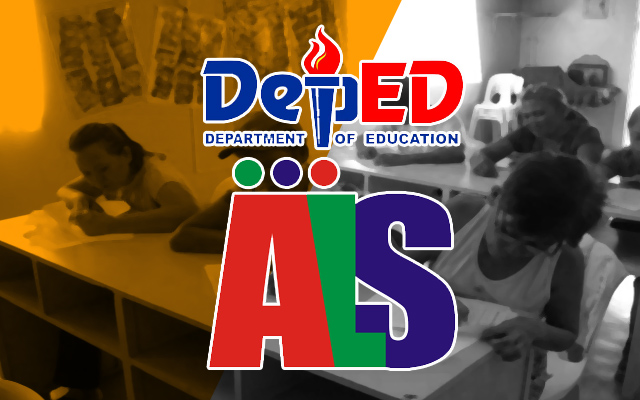 The education department’s Division of City Schools reported that some 802 learners successfully completed the agency’s Alternative Learning system (ALS) virtual graduation and moving up ceremony that was recently conducted.

Further, there were 143 learners who benefited and received cash assistance individually from the emergency response and recovery measures under Republic Act (RA) 11494, otherwise known as the Bayanihan to Recover As One Act.

The City Schools Division official claimed that some 1,299 personnel or 50.37 percent of the agency’s work force received their first dose of the vaccines, while 207 personnel received their second dose in the ongoing roll out of the government’s mass vaccination program.

From April 19 to August 6, 2021, Benigno stipulated that there were some 67 schools in the city that successfully conducted their graduation or moving up ceremonies during the said period.

On the other hand, the City Schools Division reported the highest number of Self Learning Materials (SLMs) submitted to the regional office aside from the fact that its performance indicators dramatically improved where enrollment increased by 7 percent from 59,545 in 2019-2020 to 65,536 in 2020-21; dropout rate significantly dropped from 842 to only 180 or a variance of 662 and promotion rate increased by 2 percent from 56,359 to 61,935.

Local education officials expressed hope that the City Schools Division will continue to improve its performance in the various performance indicators in the coming schoolyear 2021-2022 which is scheduled to open on September 13, 2021 and will end on June 24, 2022.

For the upcoming schoolyear, the education department will continue to implement blended learning as part of the government’s ongoing efforts to contain the rapid spread of the deadly Coronavirus Disease 2019 (COVID-19) 2019 among the school aged children who are not yet included in the priority sectors that will be vaccinated with the available vaccines being distributed by the concerned agencies to the different parts of the country.

Benigno claimed that the agency was able to hurdle the initial implementation of blended learning during the schoolyear 2020-2021 and which caused the delays in the opening of classes to October 5, 2020 and which ended last month.

He added that the agency continues to adhere to the implementation of the minimum public health standards such as the mandatory wearing of face masks and shields, the observance of physical distancing, the practice of personal hygiene and regular disinfection among others to prevent personnel from contracting the deadly virus that might compromise their health condition and affect their performance in ensuring the delivery of quality education to the enrolled children in the various levels of basic education in the city.

The agency is now bracing for the upcoming opening of classes next month by making sure that there are sufficient copies of the learning materials that will be made available to the enrolled students wanting to pursue their basic education through the ongoing implementation of blended learning while awaiting things to normalize after the spread of the virus shall have been contained.

The agency has yet to ascertain if there is an increase or decrease in the number of enrollees in the upcoming school year as enrollment is yet to start by next week to give way for those wanting to pursue their studies to be listed as enrollees in their desired grade or year levels in time for the opening of classes by the second week of September. By Dexter A. See

24       24SharesWhile waiting for action on the request for a stricter quarantine classification, Mayor Benjamin Magalong on Sept. 15 extended the