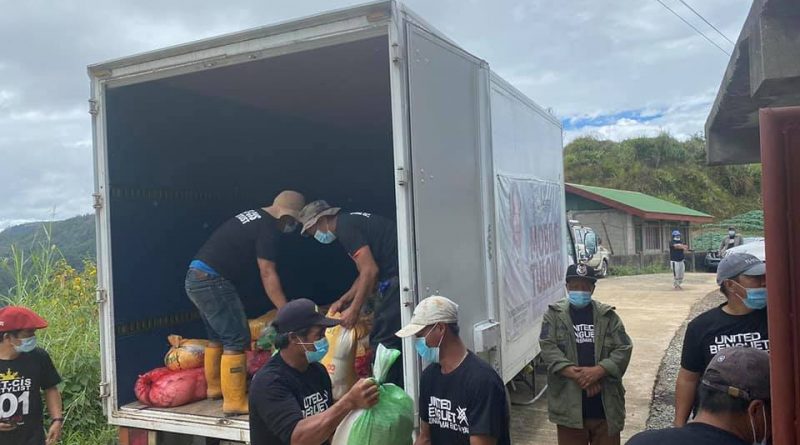 The distribution of relief assistance to the heavily impacted residents in the province’s remote villages was simultaneously done by the members of the United Benguet team who travelled to the two places to reach out to the people in the areas affected by the community quarantine measures and Typhoon Ulysses.

Last Saturday, some 510 residents of Barangay Dalipey, Bakun and some 210 beneficiaries from Topdac, Atok received relief assistance from Congressman Yap and the United Benguet team as part of the efforts of the lawmaker to reach out to people who were impacted by the recent calamities.

Congressman Yap assured the people of Benguet, especially those who continue to need assistance for them to cope with the prevailing pandemic and the wrath of the previous weather disturbance, that he will do his best to reach out to as many residents impacted by the negative effect of the calamities for them to recover and regain their livelihoods.

For the past several months, the members of the United Benguet team had been going around the remote villages of the province to distribute relief assistance to residents impacted by the implementation of lockdowns in communities that reported Coronavirus Disease 2019 (COVID-19) cases.

During the implementation of the Luzonwide lockdown in the middle of March this year, Yap formalized the establishment of his Mobile Tulong Program to provide appropriate services needed by people in the rural communities who either lost their jobs and sources of livelihood following the slump in economic activities.

The lawmaker pointed out his office will continue to make the appropriate representations with concerned government agencies to sustain the assistance to the heavily impacted people of Benguet for them to recover from the impact of the community quarantine measures and for the local economy to recover from the effects of the pandemic after more than 8 months.

He encourage the beneficiaries of the relief assistance to make do with what had been made available to them because more help will be extended to them once he gets the assurance of concerned government agencies on the extent of the services that could be provided to them.