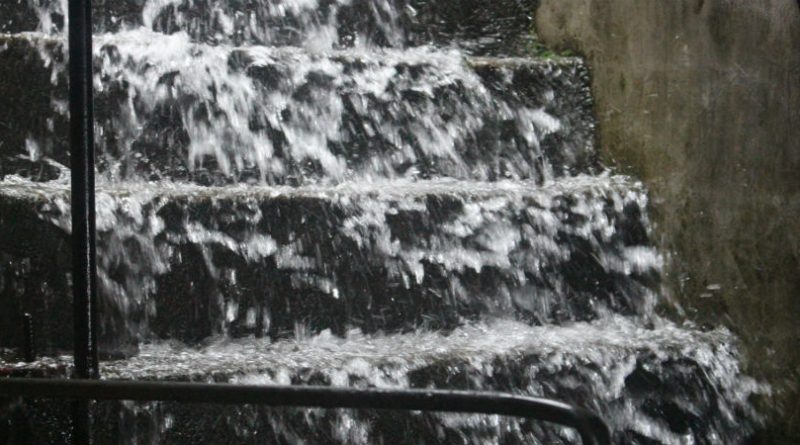 LA TRINIDAD, Benguet – The municipal government proposed the allocation of some P70 million flood control project to solve the perennial flooding in the capital town during the rainy season.

Mayor Romeo K. Salda said that the municipal government already sought the endorsement of the Regional Development Council (RDC) in the Cordillera for concerned government agencies to prioritize the provision of the requested funds for the project to avert the effects of the flooding in the strawberry plantations around the valley.

He disclosed the flood control project seeks to put in place a 1-meter diameter steel pipe to be buried along the stretch from the San Jose School of La Trinidad area up to the proposed exit in Gayasi, Wangal where the flood waters will be discharged into the Gayasi River.

The municipal chief explained the steel pipe will be buried to absorb the huge volume of water from the different tributaries, including the strawberry plantation area, and discharge the same to the Gayasi River to help reduce flooding in the capital town that affects the strawberry plants and the smooth travel of motorists inside and outside the municipality.

According to him, the implementation of the flood control project has been identified as one of the long-term solutions to prevent the flooding in the area, especially during the rainy season, that seriously impact negatively in the production of agricultural crops by farmers who depend on these for their income.

Mayor Salda stipulated the municipal government continues to engage the concerned stakeholders and involve the participation of government agencies in identifying short, medium and long-term solutions to the perennial flooding in the municipality during the rainy season to prevent compromising the production of crops of agriculture industry stakeholders.

He added experts identified the cause of the perennial flooding in the strawberry fields thus the construction of a flood control project in one of the strategic areas near the plantation sites was recommended to eventually solve the problem and allow farmers to be able to maintain their plantation areas even during the rainy season.

Salda expressed optimism that after obtaining the RDC-CAR endorsement, concerned government agencies will be compelled to include the put up of the flood control project in the municipality as one of their priority projects for possible funding and for subsequent implementation to put an end to the sufferings of the thousands of farmers whose agricultural products are affected during the occurrence of floods in the valley.

La Trinidad is the country’s Strawberry Capital being the major producers of the fruit that paved the way for the inclusion of the municipality in the Guinness Book of World Records after having produced the largest strawberry shortcake way back in 2004. The municipality also is called the Rose Capital of the country because of the large tracks of cutflower plantations in barangay Bahong.