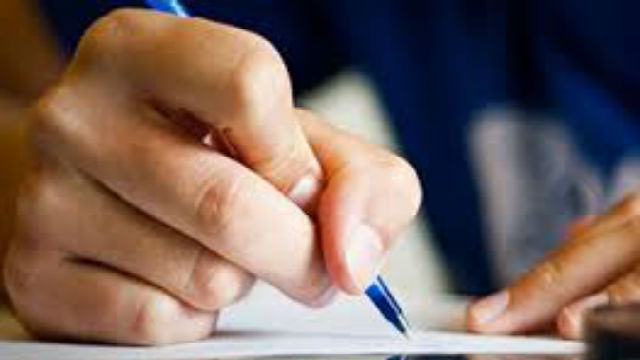 Some five hundred fifty-six college students from the different barangays in the city were able to initially benefit from the newly established city scholarship program to allow them to pursue a higher level of education that they could use to be productive citizens of their communities.

City Social Welfare and Development Officer Betty Fangasan stated that the initial number of beneficiaries of the city scholarship program was short of the targeted 800 recipients although application for the continuing program is still underway.

She disclosed that the college students who were able to avail of the aforesaid program will be receiving an allowance of P6,000 per semester as financial assistance to allow them to pursue a higher level of education which they will be able to use to become productive individuals and help in uplifting the living condition of their families.

Earlier, the local government earmarked some P10 million for the initial implementation of the city scholarship program where the said amount will be provided in the annual budget of the city to sustain its implementation to allow more youngsters to acquire a higher level of education.

Fangasan pointed out that the educational financial assistance will be granted by the local government to those who will be qualified based on the guidelines that had been crafted for the said program, especially the indigent residents of the city who are deserving to be part of the recipients of the same to pursue their desired higher level of education in the various higher education institutions in the city.

According to her, education remains to be the best inheritance that parents and guardians could give their children and their wards because the same cannot be easily taken away from them and that whatever level of education that they could acquire will be used to advance and uplift the living condition of their families.

The local government department head revealed that the screening for the next batch of recipients of the financial assistance from the city’s scholarship program will be scheduled the soonest, thus, interested applicants must already file their respective application to the CSWDO for evaluation and assessment by the city scholarship committee that was created for the said purpose.

The city scholarship program is just one of the interventions that had been envisioned by the local government to help poor but deserving students from the barangays to be able to pursue their desired higher level of education which they will use to improve the living condition of their families and become successful professionals in the future. . By Dexter A. See

This post has already been read 678 times!TABUK CITY, Kalinga – With the voter’s registration extended, the Commission on Elections