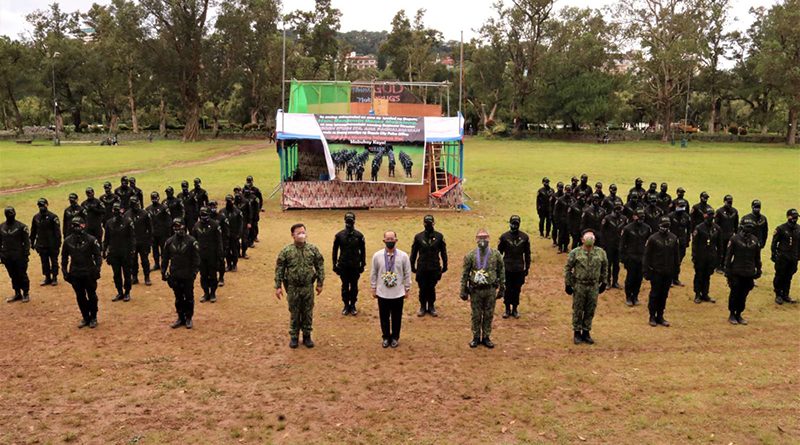 In a simple ceremony held at the Melvin Jones Grandstand, PBGEN R’WIN S PAGKALINAWAN graced the closing ceremony of the Specialized Weapon and Tactics (SWAT) Course Class 04-2020RCOR “MANGANUP” Alpha and Bravo. A total of 51 Police Officers completed the course of which, three are Police Commissioned Officers (PCOs) and the remaining 48 are Police Non-Commissioned Officers (PNCOs).

Leading their respective classes, recognized for their outstanding performance during the training are PCpl Mikhail P Aspilan for class Alpha and PCpl Ryan B Bumal-o for class Bravo.

As the class marcher, PCPT ANGELITO BIDBIDAY was awarded with Leadership Award.

As part of the closing program, the SWAT graduates showcased their skills in hostage negotiation and police response during crisis situations.

In his message, PBGEN PAGKALINAWAN extended his profound gratitude to the City Government of Baguio thru Hon. Mayor Benjamin Magalong for the logistical support to the training course. He also reminded the graduates to perform their duties in accordance with the law and with respect to human rights.

This post has already been read 314 times!Biscuit and snack food giant Rebisco is all-out for Philippine volleyball. The main