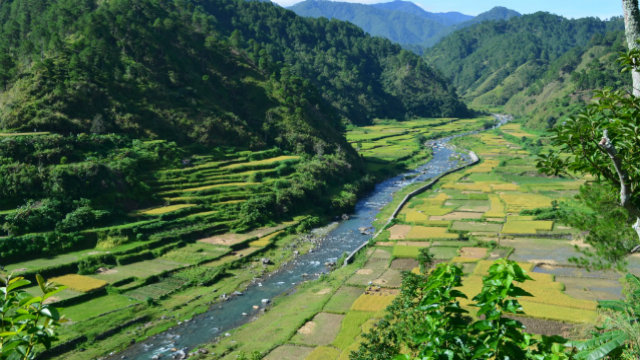 This move came after Tabuk City Mayor Ferdinand Tubban during the Provincial Development Council (PDC) meeting on Monday criticized the LKDEO for not consulting with the LGU before it sent feasibility studies to Manila.

Shown using an animated video clip, the mega-dike is planned to be 18 kilometers long, stretching from Calanan in Tabuk City all the way to barangay Camalog in Pinukpuk with an indicative amount of P5.5 billion to be funded by the national government on a multi-year basis.

LKDEO is currently building the first kilometer of the mega-dike using its initial fund of P100 million.

`           Tubban said he wasn’t aware that LKDEO sought the assistance of the Department of Public Works and Highways (DPWH) central office to create a master plan. He questioned how the LKDEO obtained the necessary data used for a feasibility study as a precursor for the master plan.

“Where did you get this data? You did not even consult the city government,” he said. Pinukpuk Municipal Administrator Fermin Anniban echoed the same sentiments.

Tubban moved to create a task force composed of technical people from all concerned LGUs and government agencies that will directly participate in the preparation of the master-plan. The PDC unanimously approved the motion.

PDC Chairman Acting Governor James Edduba in an interview said he agrees with the mayor and with the Provincial Agriculturist, in that social preparation is necessary in the implementation of the mega-dike project. “We need to talk to the communities that will be affected. There may be cases where they still hold titles for properties the dike will traverse so it should be a multi-agency, multi-sectorial involvement and consultation,” he explained.

The governor emphasized the need to integrate any smaller flood control projects into the master plan in order to consolidate funding. “Aside from the regular funding from the DPWH, other funding such as those coming from calamity funds must be consolidated and the projects be implemented only after the master plan is adopted,” he said.

On Tuesday, the governor issued a letter requesting the DPWH to defer bidding of two flood control projects along the Chico River with a funding of over P159 million from the National Disaster Risk Reduction and Management Council (NDRRMC) until such time that a master plan is adopted by the PDC.

In the first ever meeting of the newly formed Task Force Chico River Flood Control Project the next day, the LKDEO reported that it has pushed through with the bidding. “We pushed through with it because we are mandated to do so. We already have the DED and the program of work. Once we do not follow the schedule of procurement it will hurt our adsorptive capacity. We can’t delay it because we have a schedule. If we don’t meet our adsorptive capacity, it will be problematic to us,” Engr. Rafael Fernando of the LKDEO said.

But Fernando assured that the projects are aligned with the master plan the DPWH central office is developing. “We have an initial, typical plan for the project, standard na yan hanggang Camalog. Yung plano, kahit sinabing wala pang master plan, actually we can allow the implementation of the standard plan. Actually these flood control projects connects to the P100 million,” he explained.

LKDEO clarified that the mega-dike master plan was properly communicated with the LGUs.

He also cited a letter dated January 24, 2016 the LKDEO wrote to Tubban and Pinukpuk Mayor Irving Dasayon requesting data to be used in the formulation of the said master plan and feasibility study.

Provincial Agriculturist Engr. Domingo Bakilan, for his part, said it would have been more proper for the LKDEO to have personally met with the local chief executives to discuss the proposal.

Ballayog said in an interview that Mayor Tubban was not around when their team went to the city hall to obtain data for the feasibility study. “We were referred to the City Engineering Office and the CDRRMO,” he said.

Ultimately, Task Force Chico River Flood Control Project decided on the issuance of an Executive Order prohibiting tax declarations on lands within the vicinity of the Chico River in order to avoid legal issues that might arise. It will also write a letter to the DPWH Central Office requesting for a presentation of the mega-dike master plan being developed by their Unified Project Management Office (UPMO) Flood Control Management Cluster.

Mangaoang initiated the Chico River mega-dike project in 2016 following Typhoon Lawin which he said had flooded 16 barangays in Tabuk City and five barangays in Pinukpuk. Mangaoang said in the PDC meeting that there he was not aware of any master plan for a mega-dike project that would comprehensively address once and for all the perennial flooding in these areas.

Tubban said that as early as 2014 the city has been developing a flood control project. “When we said that it was only in 2016 that we planned for this, no. As early as 13 and 14 we already started validating the boundaries of these titled lands,” he said.

Tabuk City’s engineering office verified this, saying that they had conducted a series of consultations with the barangays in order to educate the communities and raise awareness of an impending flood control project.

LKDEO, for its part, said that the data it sent to the DPWH Central Office is the same data the city has gathered for the feasibility study of its stalled flood control project.