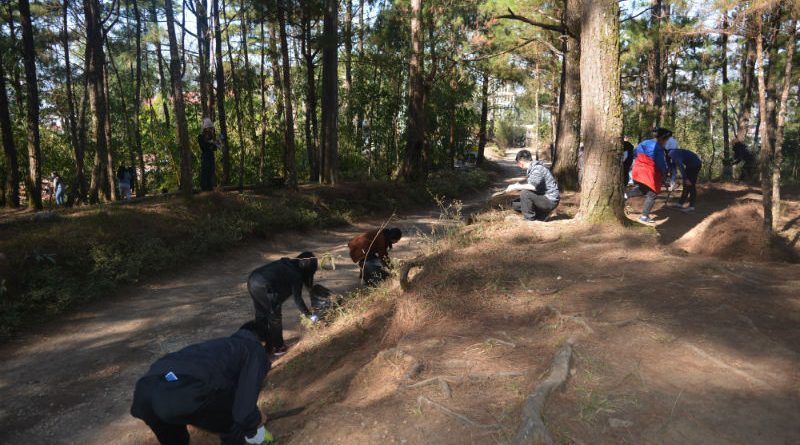 BAGUIO CITY – The local government will be designating the fourth Saturday of every month wherein local officials and residents will be conducting a massive cleanup operation in their places to instil among them the importance of maintaining cleanliness inside and outside their homes.

Mayor Benjamin B. Magalong said the recently conducted cleanup drive led by the private sector was successful, thus, the monthly citywide cleanup campaign involving the barangays should be done every 4th Saturday of the month to help in maintaining cleanliness all over the city.

The local chief executive pointed the cleanup campaign is needed to have an impact on the overall cleanliness around the city to help prevent unnecessary increases in illnesses that could compromise people’s their productivity thus the monthly citywide cleanup campaign should be a regular activity in the barangays.

According to him, cleanliness inside and outside the residences of people should be the responsibility of everyone by actively participating in the conduct of cleanup activities in their barangays as a show of their concern in the overall efforts of the local government to ensure the sustainable preservation and protection of the city’s environment.

In 1995, Baguio City was adjudged a Hall of Fame awardee in the nationwide Search for the Cleanest and Greenest Highly Urbanized City after having won the said contest for three consecutive years through the consolidated efforts of the local government under the leadership of former Mayor Mauricio G. Domogan, concerned government agencies, the private sector, and the people in the barangays.

Earlier, concerned residents conducted a city-wide cleanup campaign as part of the private sector-led initiative to sustain the gains of the local government in its clean and green campaign.

Aside from the monthly conduct of a city-wide cleanup campaign, the city government institutionalized the Search for Cleanest and Dirtiest Barangays wherein the judging is done year-round to ensure the sustainable implementation of clean and green programs beneficial in helping preserve and protect the city’s environment from deterioration.

Magalong expressed his gratitude to the private sector for initiating the recent conduct of the cleanup drive to serve as a jumpstart of more cleanup activities with the active involvement of all the city’s barangays to achieve a significant impact in restoring the cleanliness around the city.

While there were only a few barangays that actively participated in the recently concluded cleanup campaign, he emphasized that all of the city’s barangays should participate in forthcoming cleanup activities, especially when the same will be done on a monthly basis to ensure that the clean and green efforts of the local government will generate the needed support from the residents who are obliged to maintain cleanliness in their surroundings.

The mayor urged residents to show their utmost concern for the city’s environment by actively participating in future cleanup activities initiated by either the local government or the private sector.