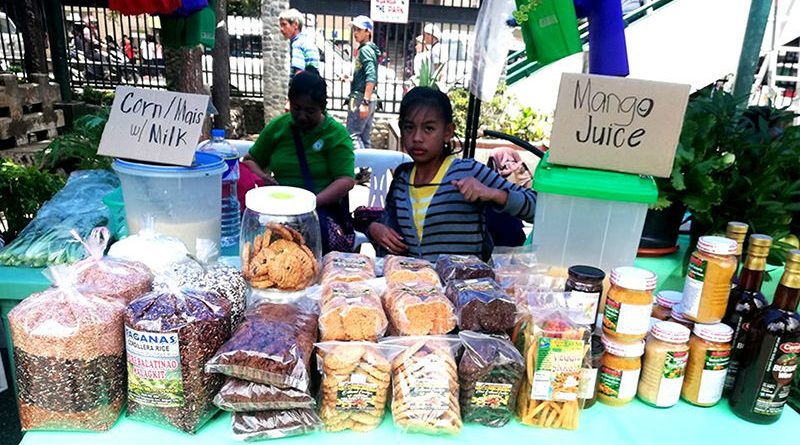 BAGUIO CITY  – Some forty four exhibitors of organically produced agricultural crops from the different parts of the city are currently participating on the ongoing 15-day Agriculture Fair at the Igorot Park which runs from May 15-31, 2019.

The conduct of the Agriculture Fair is a joint project of the local government through the City Agriculture Division and the City Council Committee on Market, Trade, Commerce and Agriculture, the agriculture department and the organic agriculture practitioners from the different parts of the city.

Further, the annual Agriculture Fair is also one of the various activities that have been lined up by the organizers as part of the celebration of Urban Farmers month every May as approved by the local legislative body.

Previously, the local legislative body approved Resolution No. 075, series of 2017 which authorized the celebration of the Urban Farmers month every May in recognition of the important contribution of organic farming practitioners to the growth and development of the city.

Further, the local legislative body also approved Ordinance No. 035, series of 2018 that authorized the appropriation of P300,000 from the annual budget of the local government to bankroll the activities that will be lined up for the month-long celebration of Urban Farmers month every May.

Outgoing Councilor Leandro B. Yangot, Jr., committee chairman, said that among the products in display in the different booths that were established include organic vegetables, herbal plants and processed orgasmic fruits and vegetables from the participating agriculture industry stakeholders.

“We invite the public to visit the booths that have been erected at the Igorot Park for them to appreciate the fresh and processed products of our organic agriculture practitioners from the different barangays. The conduct of the annual Agriculture Fair is our simple contribution to the sustainable growth of the organic agriculture industry of the city,” Councilor Yangot stressed.

The alderman encouraged residents to use available spaces in their backyards to put up their own urban gardens to help in enhancing food production and partly beautify the city’s environment which is one of the ways and means to help strike a balance in the condition of the air quality around the city.

According to him, the more people that will participate in the put up of urban gardens would mean a consolidated effort to help in cleaning the air from the proliferation of pollutants that affect the prevailing air quality of the city, especially in the central business district area.

Yangot has been a staunch advocate of urban gardening tracing back to the early 2000 wherein he will continue the said advocacy even in his private capacity following the receipt of pledges from different organic agriculture groups promoting the production of organic crops for the consumption of health conscious individuals not only in the city but also in the different parts of the region.