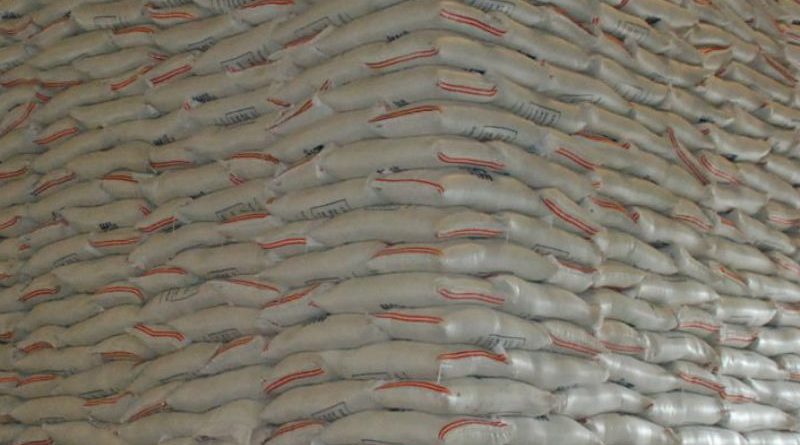 BAKUN, Benguet – Some four thousand three hundred 25-kilo sacks of rice recently arrived in the municipality as relief assistance to be distributed by the municipal government to the more than four thousand two hundred households from the town’s barangays for them to cope with the heavy impact of the previous Luzonwide enhanced community quarantine (ECQ) and now general community quarantine (GCQ) to the economy and livelihood of the people.

Mayor Bill Raymundo said the purchased rice supply arrived in the municipality in two batches over the past several days following the award made by the municipal government to the La Trinidad-based cooperative that supplied the same which will be in turn distributed to the different households.

He said there was a slight delay in the rice supply delivery because it had to pass through the government procurement process pursuant to the provisions of Republic Act (RA) 9184 or the Government Procurement Act to avoid any future issues related to the purchase.

Aside from the half cavan of rice, Raymundo disclosed each households will receive relief assistance that will include sugar, oil and other basic needs, to help recipients hurdle the serious negative effects of the prevailing crisis because of the government’s ongoing fight against the spread of the dreaded Corona virus Disease (COVID) 2019.

The municipal chief executive explained that funds used to purchase the recent wave of relief assistance was taken from the P9.8 million Bayanihan grant given by the national government to all municipalities in the country pursuant to the provisions of Republic Act (RA) 11469 or the Bayanihan to Heal as One Act of 2020.

Mayor Raymundo appealed to his constituency to be patient and understanding in awaiting for the distribution of the committed latest wave of relief assistance as the situation is beyond the control of the municipal government but he assured them the relief goods in time.

The municipal mayor claimed barangay officials and volunteers will be mobilized by the local government to distribute the relief goods to households the soonest.

Raymundo stated that the downgrading of the province’s status from ECQ to GCQ will not mean the sudden resumption of economic activities but this will happen gradually to preserve the gains of the quarantine.