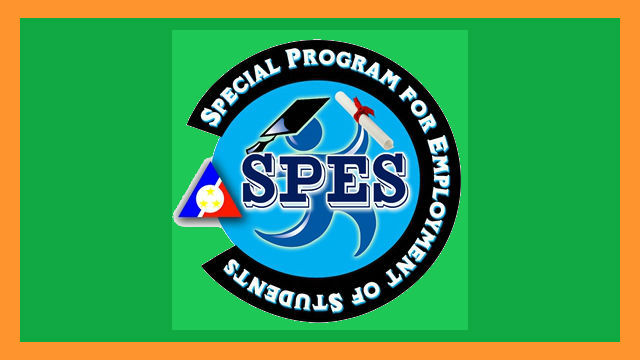 BAGUIO CITY – Some four hundred individuals will be hired by the local government this year for the annual Special Program for the Employment of Students (SPES) geared towards providing deserving youth the opportunity to work to sustain their studies.

Jose Atanacio, Executive Assistant IV of the City Mayor’s Office and Public Employment Services Office (PESO) Manager, said funds for the increase in the individuals to be hired under the SPES are incorporated in the proposed annual budget of the city this year.

Last year, the local government hired some 350 poor but deserving individuals who availed of the SPES and were distributed in the various offices of the city performing specific duties and responsibilities.

Atanacio announced that the registration for the so-called SPWES babies will be on January 16, 17, 18, 19 and 23, 2018 while the registration of new applicants for the program will start on January 24, 25, 26, 27 and 30, 2018 and applicants are requested to proceed to the Baguio city multipurpose hall to submit the pertinent requirements for registration.

The PESO scheduled the examination for the SPES applicants on February 11, 2018 in a venue that will be announced later to ascertain those who will qualify for the beneficiaries of the program.

Interested SPES applicants are requested to bring with them 4 passport-size recent pictures, original copy of birth certificate, Form 138 or original copy of recent grades, recent school identification card and certificate of tax exemption of both parents, if applicable, issued by the Bureau of Internal Revenue including original copy of the sworn statement of affidavit for the year 2017.

Atanacio advised applicants to have their documents validated or checked by PESO staff in the area before the submission of the three sets of photo copies of their documents.

He said the PESO is not extending the schedule of filing of applications for the program to make sure that applicants will their applications on time.

The SPES is an annual employment program of the government geared to provide employment opportunities for students wanting to support their studies by working temporarily.  Sixty percent of their salaries will be shouldered by the city government while 40 percent comes from the Department of Labor and Employment in the form of education vouchers issued in the name of the school where the students are enrolled.

Atanacio asserted that the increase in the number of poor but deserving students to be hired by the local government under the program is its contribution to help more students from the city’s 128 barangays to be able to earn income to help themselves pursue their desired higher level of education for them to become productive citizens of the community in the future after being able to land in permanent jobs of their choice.