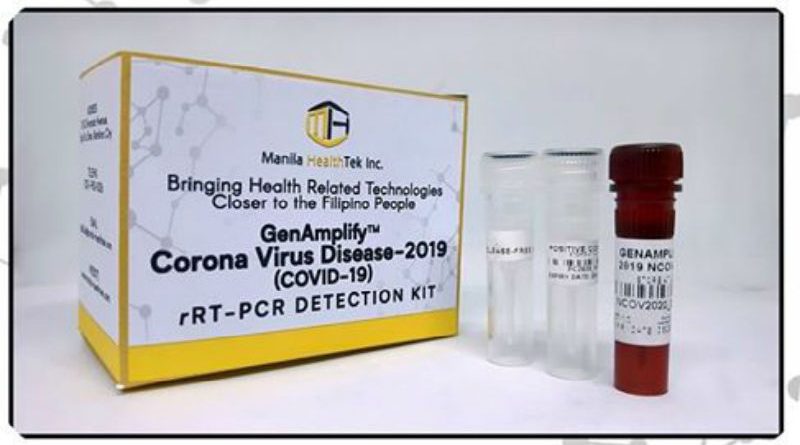 Some 400 tests will be performed by the city on market vendors as part of the city government’s effort to expand its testing capacity to facilitate the implementation of the expanded and targeted testing of high-risk sectors.

Mayor Benjamin B. Magalong said the 400 reverse transcription polymerase chain reaction (RT-PCR) test kits are the remaining balance from the 3,000 test kits given by the Bases Conversion and Development Authority (BCDA) for mass testing in the Baguio-La Trinidad-Itogon-Sablan-Tuba-Tublay (BLISTT) last September 17-19, 2020 at the Baguio Convention Center (BCC).

He stated that only 2,600 test kits were used during the aforesaid mass testing where some 2,100 tests were performed for city residents while more than 500 tests were conducted for residents from La Trinidad and Sablan.

The city chief executive suggested to the city health authorities to conduct the mass testing on the market vendors to help ascertain the number of the market vendors infected with the deadly virus to immediately isolated them and prevent them from spreading the virus.

Earlier, the BCDA sponsored the conduct of a 3-day mass testing among BLISTT residents  identified by the health authorities as members of the high-risk sectors in the different local governments as part of the State-owned corporation’s corporate social responsibility as its president Vince Dizon had been designated by President Rodrigo Duterte as the country’s testing czar.

The mayor tasked the City Health Services Office (CHSO) to immediately conduct the mass testing among the vendors in the city public market using this remaining balance of test kits for the city to come up with a clearer picture of the state of infection among members of the high-risk sectors for the implementation of stricter policies governing the movement of people, especially in public places.

According to him, the conduct of expanded and targeted testing among members of the identified high-risk sectors in the city is one of the strategic approaches being undertaken by the city government to easily identify the origin of virus transmission and the clustering of cases so that drastic measures could be immediate impose to control the possibility of outbreaks of the illness in certain communities.

While there are several outbreaks of the virus in some barangays in the city over the past several days, he pointed out that the Coronavirus Disease 2019 (COVID-19) 2019 situation in the city is still manageable despite the surge in the number of cases for over a week now that has become a cause for concern among residents.

The mayor emphasized there will be a continuous surge in the number of confirmed cases daily because the results of the city’s aggressive contact tracing and expanded testing are coming out but the patients are being given immediate health interventions while their close contacts are immediately traced and provided with available interventions.

This post has already been read 1059 times!The city is not yet inclined to open inter-regional public transportation to avoid